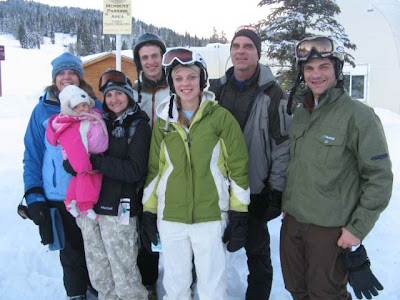 When Eric and I were dating, I was aware of the fact that he was a ski addict. If he were to be able to spend the rest of his life being a ski instructor (which he was at one point), living off of ketchup and saltines (which he did at one point) he would be tickled. I, on the other hand, am as coordinated as a wet noodle. A very wet noodle. Before we met I had been skiing once, and it was a very bad experience. However, like all relationships I knew some sacrifices were going to be required, and one of my sacrifices was going to be learning how to ski.
I had no desire to ski. None whatsoever. Growing up, my family did the camping thing, the fishing thing, the hanging around playing games thing, but never the snow (or water) skiing thing. Eric told me everything would be fine, and assured me that after a while I would enjoy myself. Yeah, right! Like I believed that. I just tried to get through each lesson, glad I was wearing goggles so Eric couldn't see all the eye-rolling that was going on underneath. Finally, after the fifth or so lesson, things started to click. And lo and behold, it's actually kind of fun. It's been three years now since I've started to enjoy myself (although last year I didn't get any skiing in from being pregnant). We went skiing several times with Eric's family over Christmas break. Here are some photos from our trip to Tamarack. 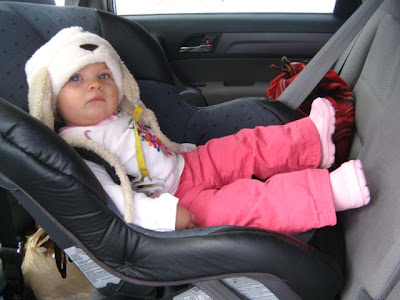 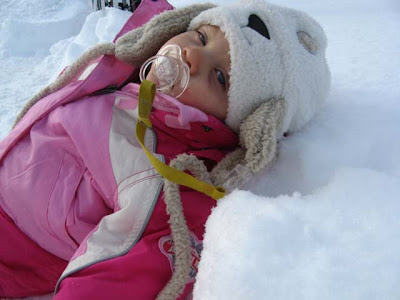 We took shifts watching Aspen. I tried to get her to play in the snow, but she wasn't interested, as her expression shows! 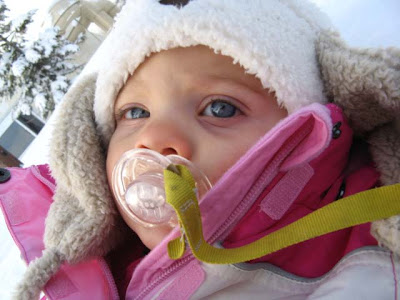 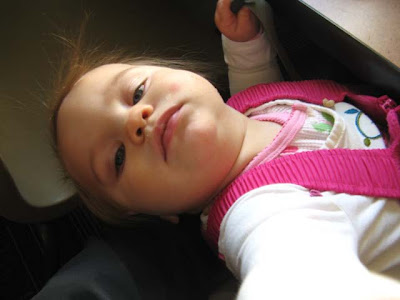 We played in the cafeteria for a while. 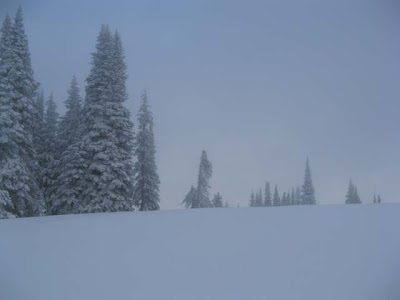 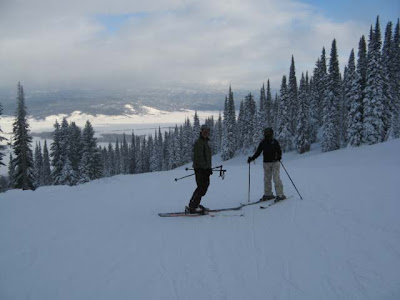 You can't beat these views, that's for sure!
Posted by Chelsi Ritter at 6:24 PM

Aspen is such a cute little dumplin'! You're a trooper for doing the skiing thing. I bet it made Eric's day. Rich wants DESPERATELY for me to become a golfer. I've been a few times...I am not good but I can see why he likes it. Maybe someday I will love it like he does.

Glad you finally are getting the hang of it...for you husband's sake atleast! Still have never snow skiied in my life myself! Maybe someday! Cute pics of Aspen by the way okay and you guys too! ;)