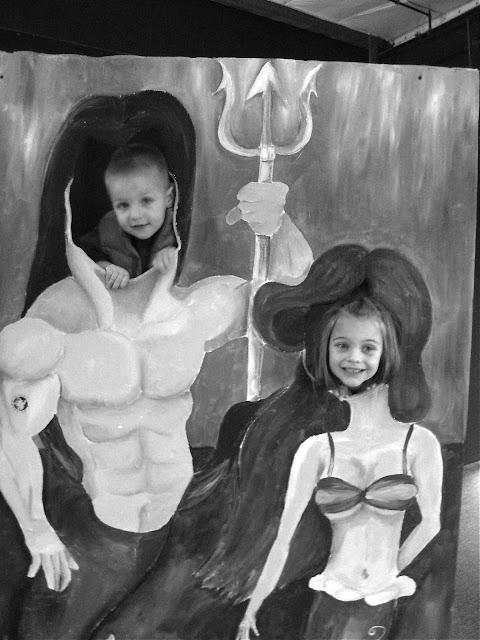 My friend Amanda and I met at the Boise Aquarium last week.  The kids have gone with their grandparents before, but I had never been there and was curious to see it.  Being from western Oregon, I still think it's weird a landlocked Idaho would have an aquarium! 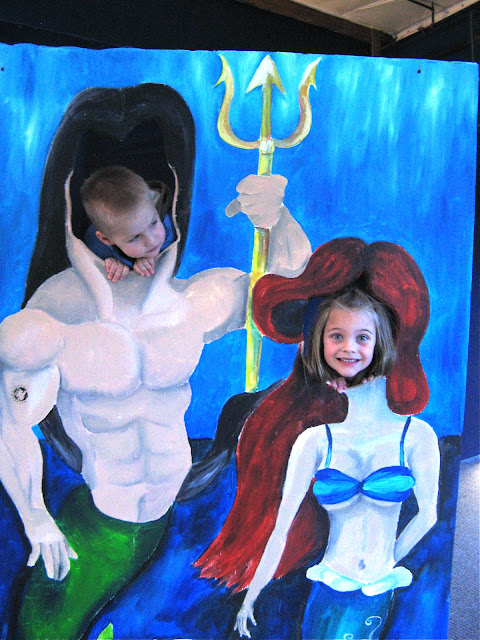 But it was actually pretty impressive.  Their were aquariums stocked full of beautiful sea life I had never even heard of before.  When I thought we were done going through it there was a whole other section we found, just as big as the first.  We were there for two hours and it was worth the money we paid to get in, something I had doubted before. 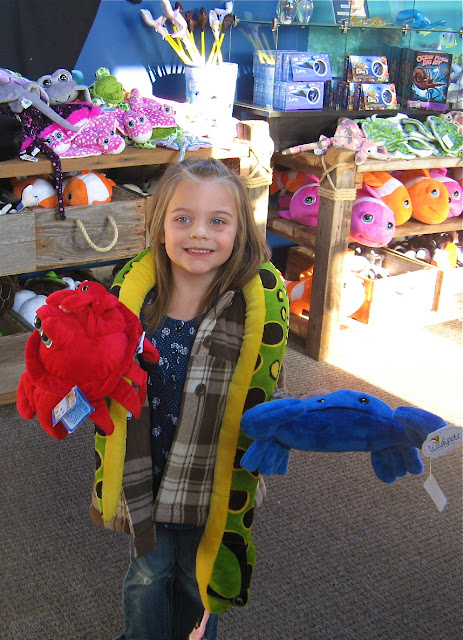 Last night we had Eric's parents come over so we could announce the gender of the baby.  With my family being so far away, I just called them to tell them the news.  But I wanted to do something more exciting with Eric's parents.  I did the whole cake routine, but only gave myself about 45 minutes to make the cake, cool it, and frost it.  I definitely needed another 30 minutes at least, but just frosted it while it was warm anyway since I had run out of time.  Needless to say, it wasn't very pretty, but it still got the message across because inside it was....blue.  And it was delicious, even being from a box. 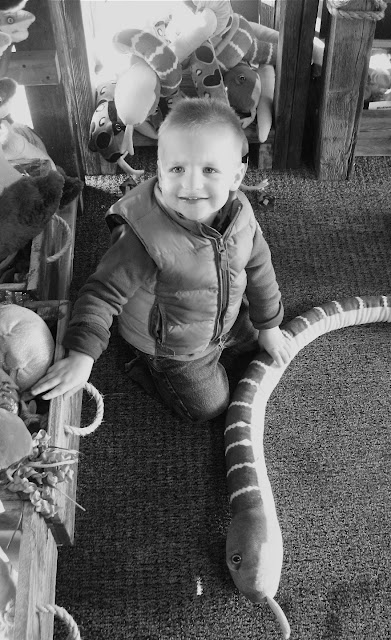 So let me just say that from the beginning of my pregnancy I was sure I was having a girl.   95% sure.  All the signs pointed to it, and I would find myself saying things to Eric like, "she's kicking!"  I was even planning on giving my little sister all of Oakley's old clothes for her little boys.  So when I found out that our little kicker was a boy, saying Eric and I were in shock is an understatement!  We're still getting used to the idea:  Aspen and I hanging out while Eric and "the boys" do their thing, Oaks having a little brother to wrestle with, Aspen keeping her own room while we buy a bunkbed for "the boys". 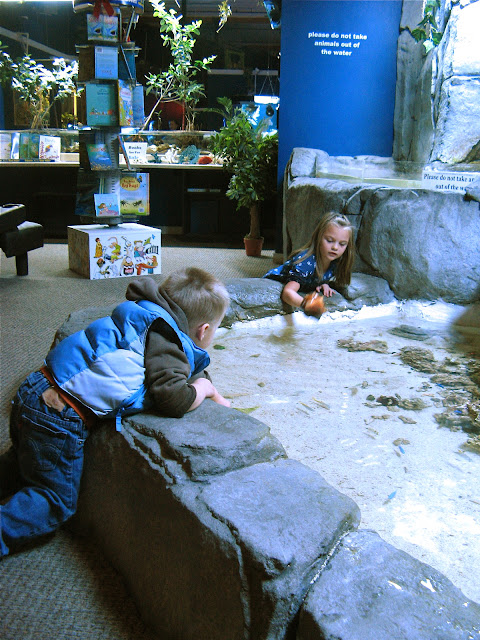 At this point we may have one more who knows.  But I feel like I'm getting to know this baby all over again, now knowing that I'm going to have another little guy to fall in love with!
Posted by Chelsi Ritter at 9:59 AM

Yeah, I was kind of surprised the aquarium in Salt Lake was not too bad, either, on the inside anyway.

Congratulations again Chelsi! I will forgive you for not giving me Oakley's old clothes and I am excited you are having another boy! Now Ezra will have a a cousin to play with and to pick on. :) I can't wait to meet him!