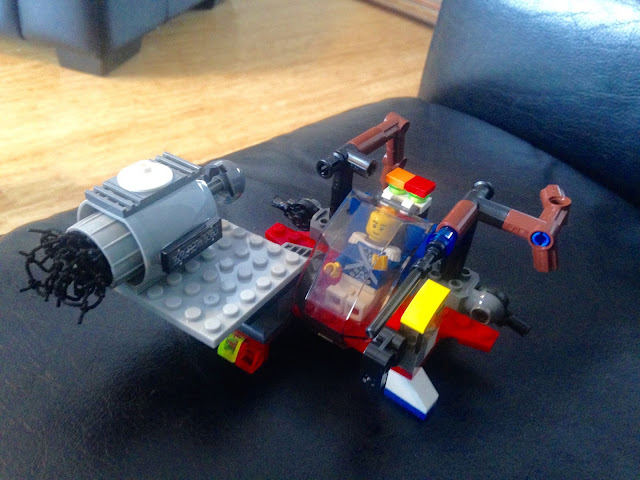 Some random things about the last month:  here's one of Oakley's lego creations.  He claims he's no master builder but I have to disagree.  I'm always impressed to see what he's built after he's been up in his room tinkering for 30 minutes. 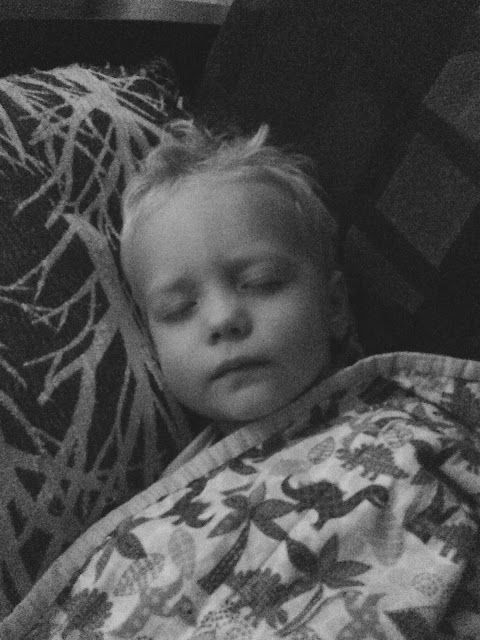 For the last while Birch has been wanting me to cuddle him before his naps and bedtime.  Since there is a futon in his room its easy to do, and I'm happy to oblige.  As Eric says, "One day they won't want to cuddle anymore."  That will be a sad day for us. 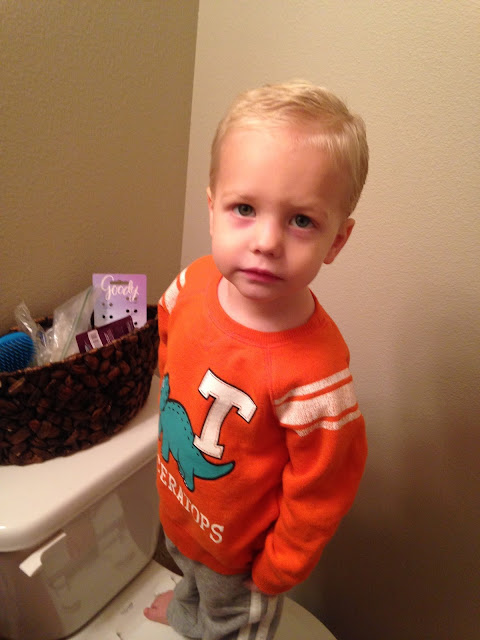 Here's Birch with his new haircut.  Its the shortest its ever been, much to Eric's dismay.  He wanted me to keep it long, but it's so much easier to do this way.  Birch is like his older brother though and hates having his haircut, which is quite a challenge for me.  I've noticed what works best is to do their cuts right before bath time, so they can soon wash off all the little hairs on their shoulders that horrify them to no end.  We're all glad when it's over!! 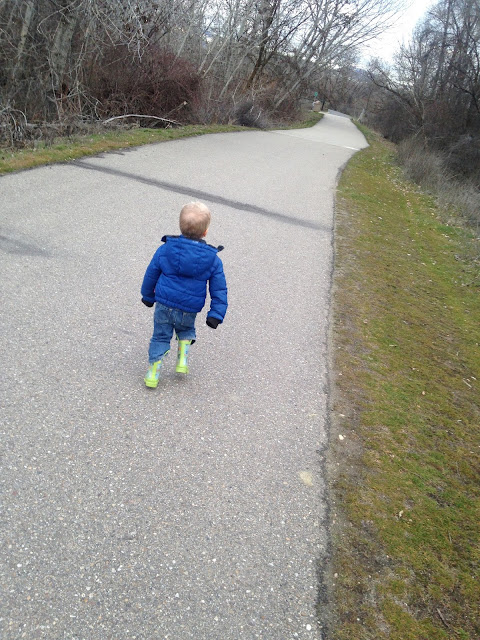 Last week the weather was a bit warmer and the sky a bit clearer, so I decided to take the kids for a walk on the greenbelt after picking Aspen up from school.  After dealing with busy traffic and finally arriving, it was cooler than I had expected but we still managed to stay out for a while. 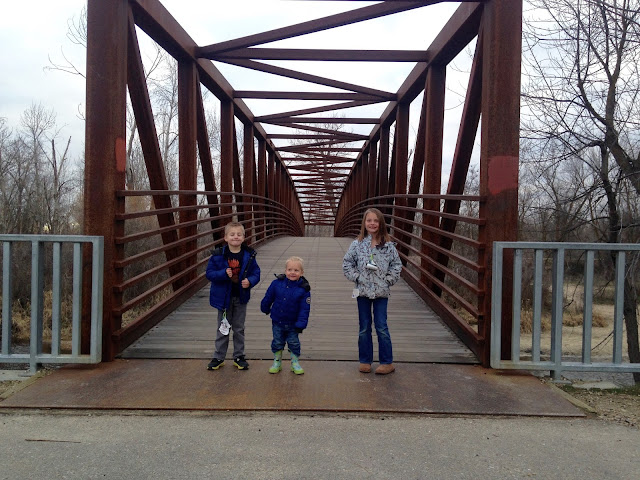 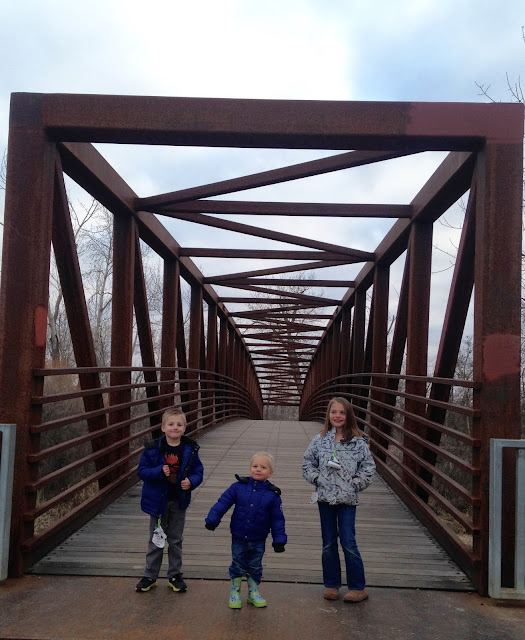 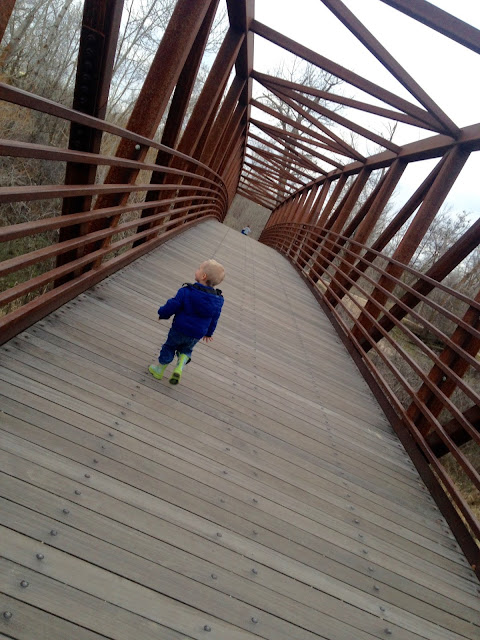 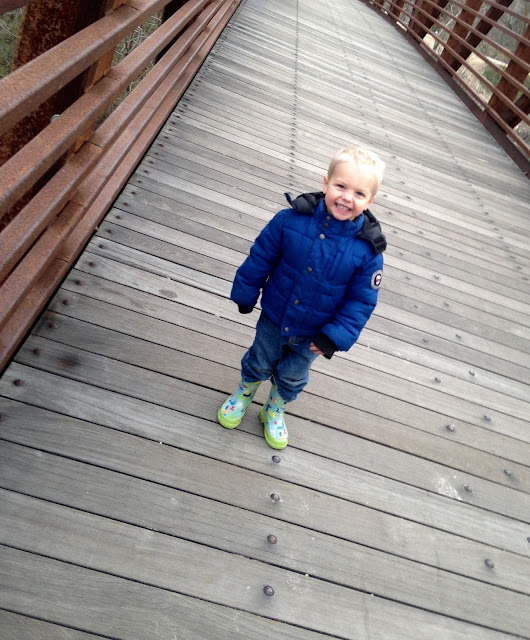 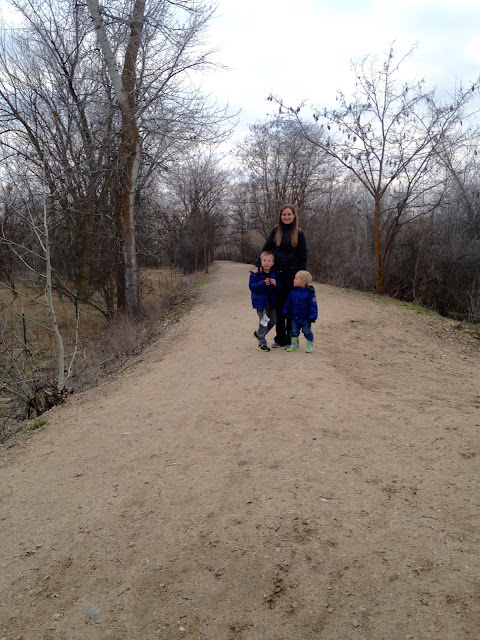 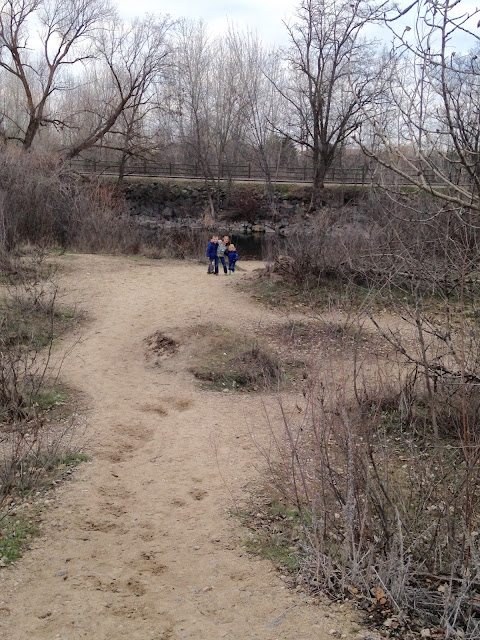 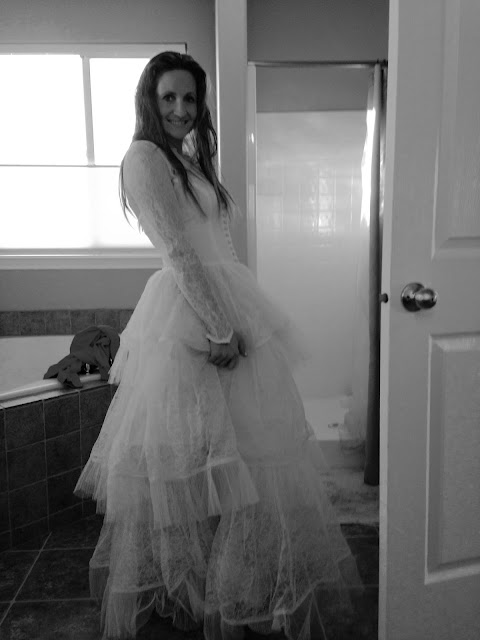 I've had my grandmother's wedding dress in my closet for a few years now.   Aspen has asked me several times lately if she can try it on.  I was a bit hesitant because it is made of lace and under the arms the lace is coming apart (plus I felt guilty putting it on without being able to ask Grandmother's permisson).  But as she kept asking I realized that I was curious and wanted to try it on too, so yesterday I pulled it off the hanger and we took turns.   Well, when my turn came I was able to pull it over my head and around me but was nowhere near able to zip up the side (Grandmother was tiny!! Bethany you would fit into it; would you like to put it on sometime?).  Still, it was a lot of fun and such a beautiful dress!  I couldn't help thinking about the day Grandmother was married and how she must have felt when she put on this dress all those years ago.
Posted by Chelsi Ritter at 4:17 PM

I love Birch's new hair cut, sooo handsome! My boys aren't big fans of getting their hair cut either. ;) But I always love the end result.
I love this pic of you in Grandma's dress!! Did Aspen have so much fun trying it on too? :) It looks great on you!! And I love that it looks like it could be worn in style today. I'd love to try it on! :)
Ah, I sure miss her. It would be sweet to get to talk to her in this season of life, because I'm sure she'd have lots of things to share with us girls.
Love you!