Two of my favorite books

Have any of you ever read The Culprit and the Cure? It's one of my favorite books. I read it last year and it changed my life. The book is about poor lifestyle being the culprit to bad health and disease, and how a healthy lifestyle is the cure. I absolutely loved it. A couple months after reading it Eric and I were flying from Utah to Massachusetts, and we happened to sit next to the author. I happened to see one of his business cards and we started talking about his book and it's concepts. Since I was such a fan, he sent me a free copy of his second book, The Stop & Go Fast Food Nutrition Guide. 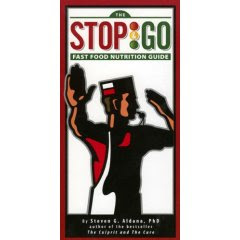 This book is awesome! It lists a large percentage of restaurant chains, their menus, and organizes each food order into green (good choice), yellow (so-so), and red (really bad for you) categories. I take it with me whenever we go out so I know exactly what I'm ordering. I remember the first time I read through it I was so shocked! I couldn't believe how fattening some of the food was that I used to eat. Stuff I ate without thinking about. For example: 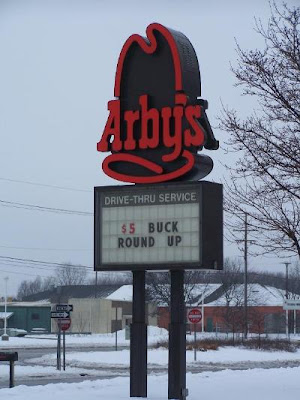 An Arby's deluxe double cheeseburger weighs in at 720 calories, 42 grams of fat, and 1370 mg of sodium. Their chicken sandwiches are a little better, and a plain hamburger is actually considered a green option. 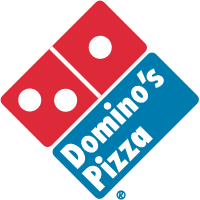 I'm a huge Domino's Pizza fan, especially since I've been pregnant. I could eat pizza every night! Their ham pizza is my favorite. Let's see, half of a ham pizza (assuming Eric eats the other half) has 792 calories (oh that makes me sad!), 24 grams of fat, and 1968 mg of sodium. Good thing I've resorted to homemade pizza! My favorite part of this book was the great news I found out towards the end. One of the best places to eat ever is..... 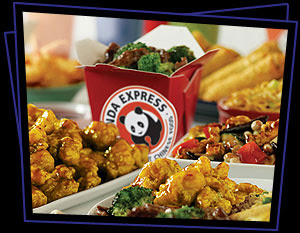 Panda Express, one of my most favorite restaurants. They don't cook any of their foods in trans fats, so almost everything on their menu is a green option. P.F. Chang's was pretty healthy too. Other restaurants that were good choices were sandwich shops, such as Blimpie and Subway, as well as In-n-out Burger and Chick-fil-A, because none of them cook with trans fats. Okay, I'm off to make pizza! This post has made me really hungry!
Posted by Chelsi Ritter at 2:25 PM

That sounds really interesting! I love reading about nutrition and food. Unfortunately I never take the advice to heart... the few times I do eat out I always get the most fattening thing :)

That is great information. It's amazing that you met the author. I love books that change me. I am also happy to hear that panda is a rather healthy choice. Now I no longer have to feel as guilty when eating there. You know that the orange chicken can't be super healthy though. It is good!

That sounds like a great book. I have been watching and counting every calorie I inhale. I can totally understand the whole pizza thing while being pregnant. I gained like 40lbs with Gavin. And I didn't even need to gain 5lbs!

Thanks for the tip - I'm always looking for a good book to read.

Chelsi,
I am sorry I creeped you out with the unrecognizable comment. I was using my brother inlaws computer and I didn't know what I was doing. I accidently used his blog address. So sorry!