actually a week and a half, but it sure seemed longer than that! That's how long we've been without our computer, and it's pretty pitiful how much we rely on this piece of technology. I've been wanting to pull my hair out at times, actually.
Soooo here's what we've been up to. 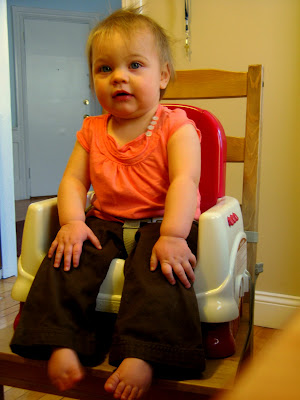 We bought Aspen a booster seat to replace her high chair and it's one of the best purchases we've made! It's so much easier to have her at the table with us, and she enjoys that. I just hated having that huge high chair take up so much space in our kitchen.
I've got scabs on my face because Aspen's in a phase where she grabs your face and squeezes it between her sharp claws. Also, she wants to feed herself now, so instead of mashing up her veggies I just give them to her cooked (at which point she mashes them with her hands while trying to rub them into the table).
This past weekend we went down to Philadelphia to celebrate my birthday. It was great! Eric and I are reading John Adams by David McCullough (a great read) and wanted to see where Adams spent all his time while in Philly. 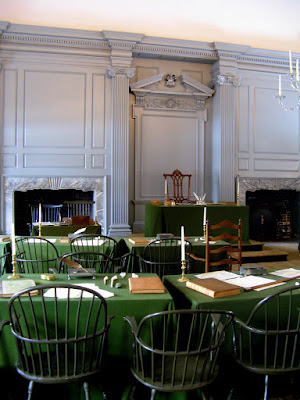 This is Independence Hall, where the Declaration and Constitution were signed, and below is us outside. 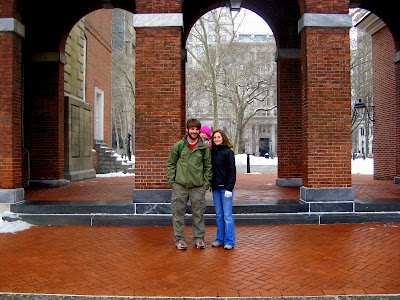 Below is us in front of the Liberty Bell. 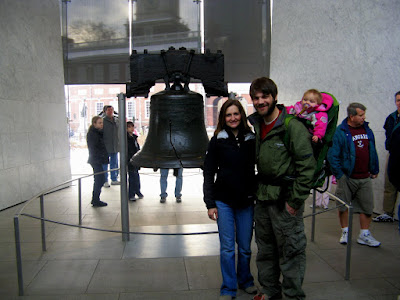 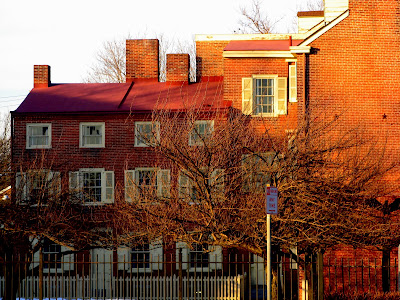 This is one of Edgar Allen Poe's homes, and boy was it creepy! We went inside and I'll never be the same again. It was almost as if you could feel in the walls the sadness that Poe felt while he was living there.
Speaking of sadness...I've been 30 for a week! More on this later....
Posted by Chelsi Ritter at 9:42 AM

I read John Adams when we were in Gainesville. I thought it was great. I also just got through reading 1776 which wasn't as good as John Adams but good nonetheless. Philly...did you guys eat Philly Cheese Steak sandwiches?

I'll have to keep that book in mind. That sounds like a fun birthday trip! I went to PA to visit my sister when she lived there and we ran out of time and actually never made it to Philly. I feel like a failure for not seeing the Liberty Bell. And yes, I will be turning 30 on the 20th.

It's been a long week for me too with you being without your computer! I've waited a week for you to post. :) he, he. just teasing. I just love your blog Chelsi!
What a fun trip for your birthday. I'm looking forward to your "30" blog post... I'm having trouble already with the thought of it. It just doesn't seem possible that we'd ever be older than about 21 or 25 sometimes. I still think of sleep overs at your place and talking about boys... who knew being married and having kids would come so quickly?! :) But it's wonderful!

What a fun birthday. I would like to go to Philly for my birthday too. Oh wait I forgot it's a little longer drive for me than you. Oh well! Glad it was a good day!