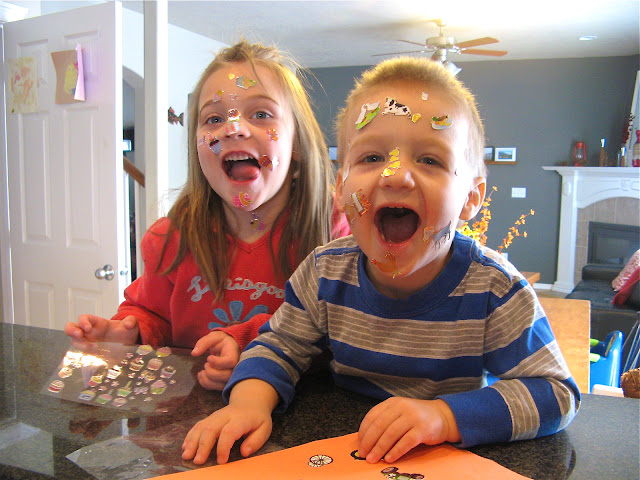 My kids have been sick the last 3 weeks, so we've spent a lot of time at home doing projects and crafts.  It's been really nice to feel like I don't need to be anywhere, and can just hang out with them.  Although there have been several sunny days I would have killed to go to the park! 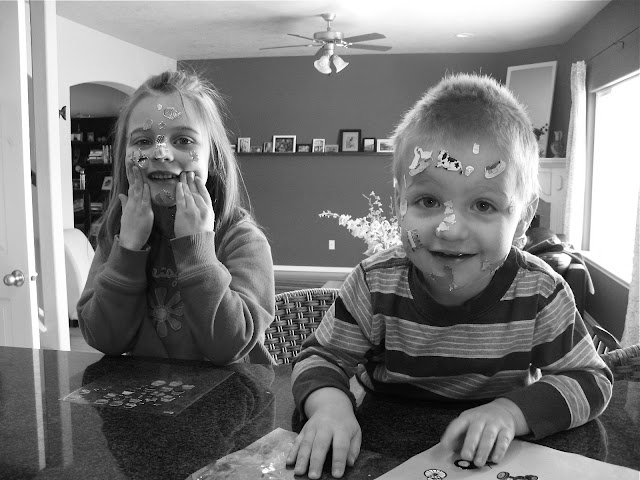 Please excuse Oakley's conehead.  I'd been trying for so long to grow his buzz out, patiently waiting, enduring the conehead phase, until I could do it no longer.  I took these pictures the day before succumbing to the razor; I just don't know how to grow out my boy's short hair!  He may just have a buzz for the next 15 years. 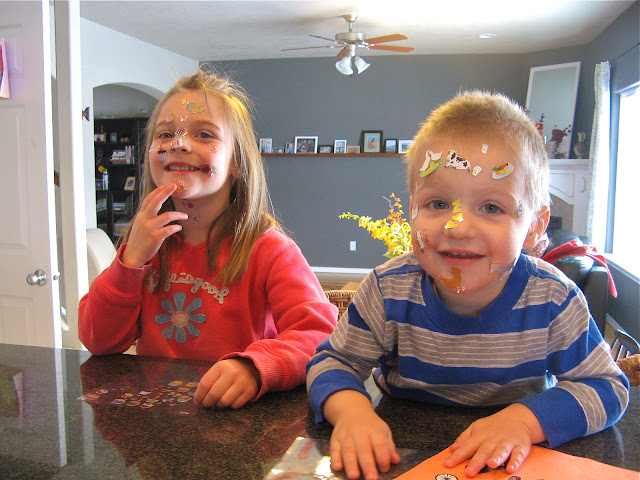 So things over here have been pretty slow in going, which has been great.  I've realized how much Oakley picks up when I just take the time to teach him things.  Aspen has always been so quick and vocal from an early age, and now that Oakley's talking we've realized he's a genius too :)
Some cute things about the kids:  Oakley calls blueberries "blue strawberries", because he believes every berry is some version of a strawberry.  I try to correct him but it's really cute when he says it.  He always asks, "Mommy what's happen-ing?" when we watch a cartoon or read a book.
Aspen wants to have school every day now, something she grew tired of a while back.  It's been fun to see her light up when I take something out for her to do.  She especially loves reading books on animals.
Eric and I have decided that this Valentine's Day will be a family affair, and are planning all sorts of fun things to do with the kids tomorrow.  Eric has been getting up early to ride his bike and run so he can train for a race he's doing in the Spring.  Meanwhile, I pack on the pounds :)  I joke because every time I get pregnant the people around me lose weight.  Last time both of my sisters, brother, and sister-in-law dropped the pounds while I was packing them on, and this time Eric and Demri are doing it.  But seriously I feel amazing; being pregnant with my boys really rocks for me, and it's been great, by far my best pregnancy yet.
Posted by Chelsi Ritter at 2:17 PM

Jude and Selah crowded around our laptop screen to see the pictures of Aspen and Oakley with stickers on their faces! They loved it!! :) I think our kids would all have a lot of fun together!

So glad this has been your best pregnancy yet!! I hope I get to meet your little one this summer! Miss you!

You look wonderful Chelsi! Love it!