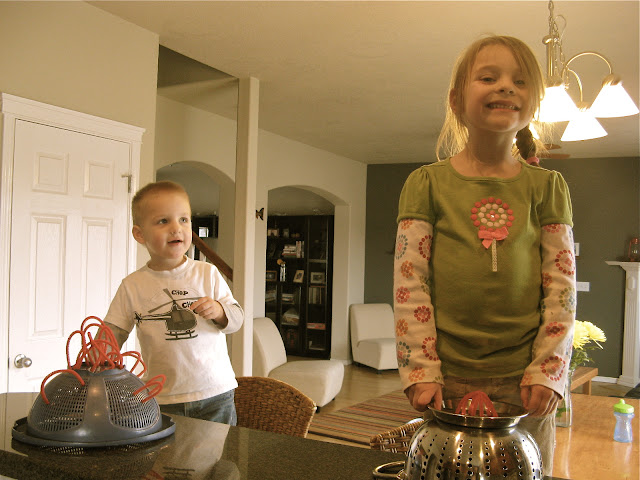 Well our family is finally well again and thank goodness!  There is nothing like being sick for a month to make one so grateful for life!  And to be free to leave the house, and go to the library without being scorned because your child's eyes and nose are red and runny, and to socialize with other people!  Hallelujah! 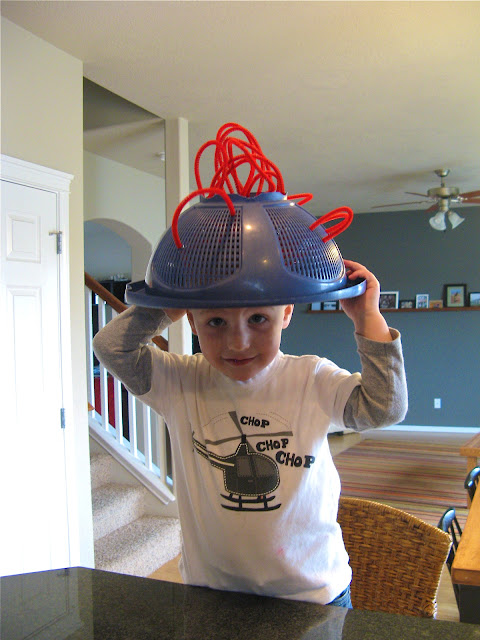 Here's some photos of the kids when we were killing time on a sick day. 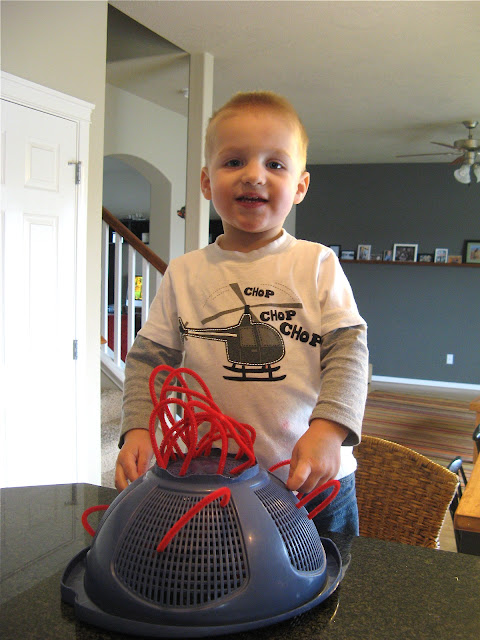 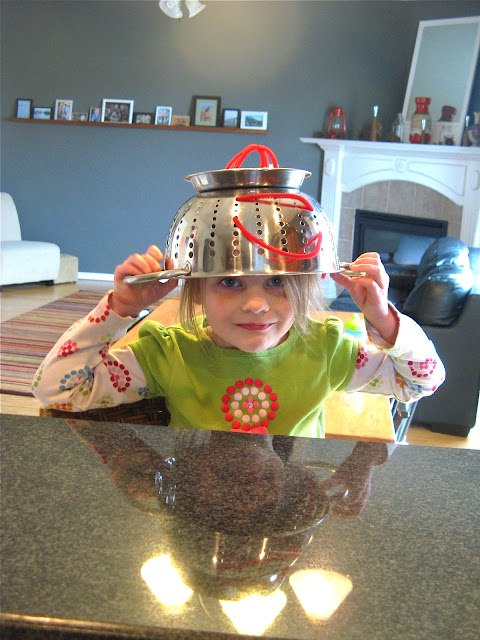 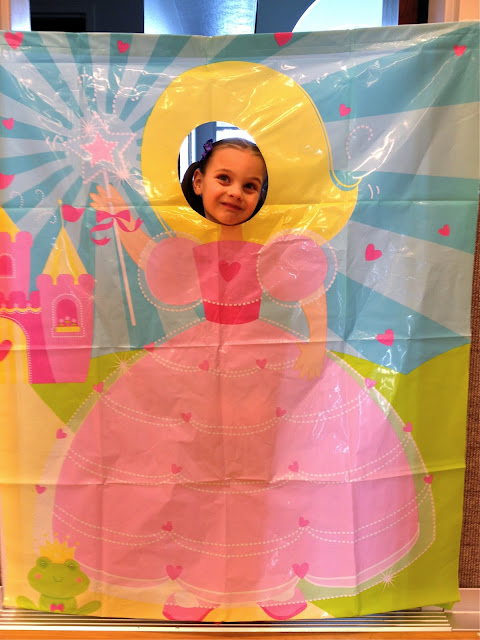 Aspen turned 5 in the middle of February.  She wanted a party, and since I didn't throw her one last year, and she was due for her vaccines (I think I mentioned this before but boy was that an ordeal!  If I had it to do all over she would have just gotten them last year.  The poor thing has been talking and worrying about it since her last year's appointment), I said she could have one.  All she wanted was a pinata.  I probably could have skipped cake and ice cream, she was so excited about the pinata!! 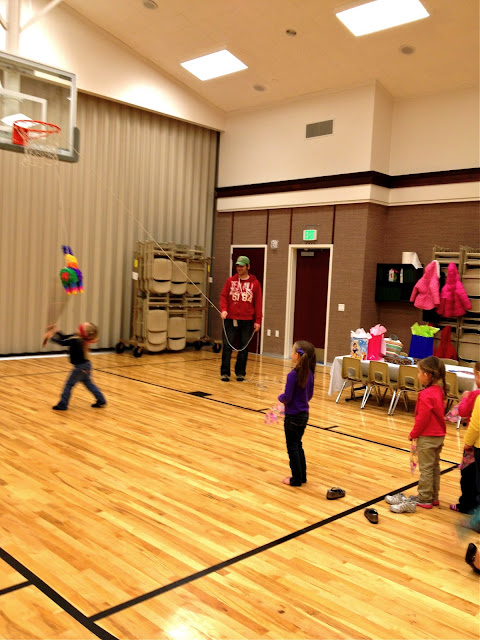 We decided to reserve the church building for the party and I'm so glad we did!  The girls had plenty of room to play, and we haven't been finding confetti strewn about the house for the last 3 weeks.  I will definitely do it this way again; it was so much easier with all the room, even though there were more girls there this time around. 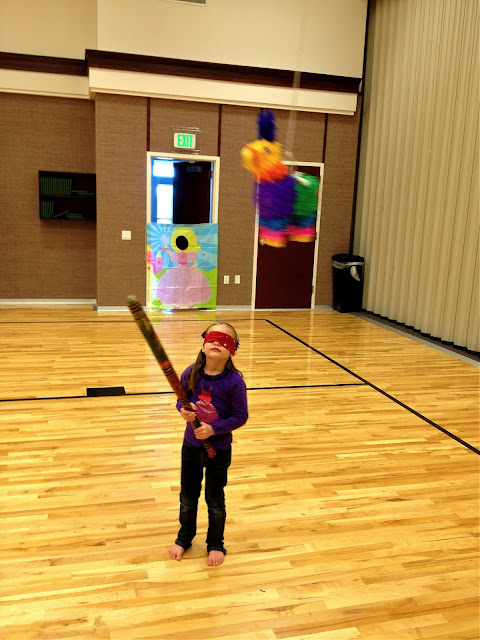 We thought the pinata would be a quick, 15 minute activity, but took a good 1/2 hour or more to get down.  Eventually Eric helped Aspen out, once the rounds had been made 3 or 4 times.  But the girls loved it. 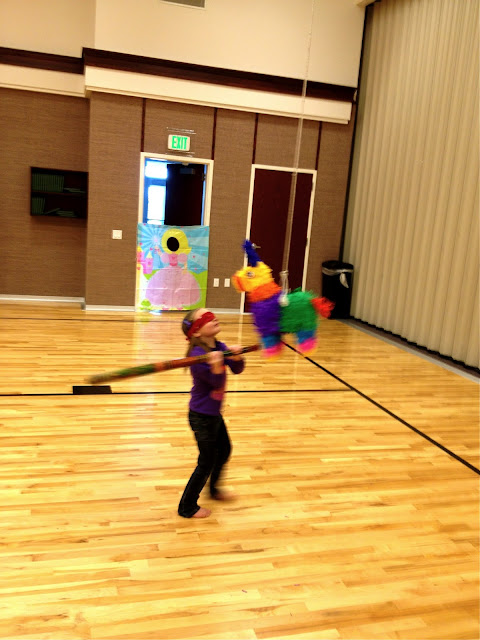 I'm pretty dazed about Aspen starting school in the Fall.  I know she'll love it but I just can't believe she's that big!  And if she's older, than so am I :) 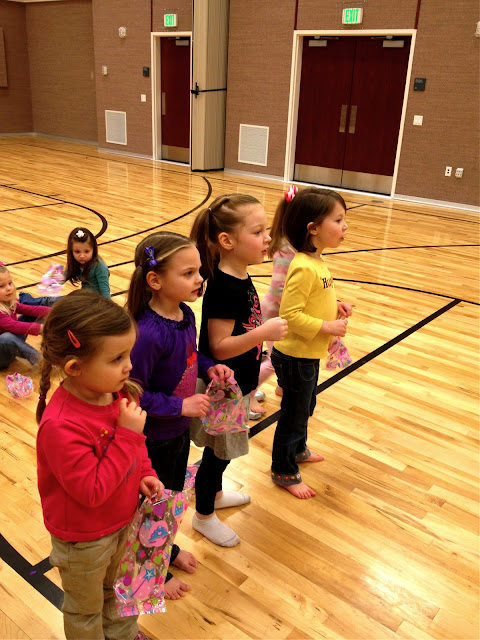 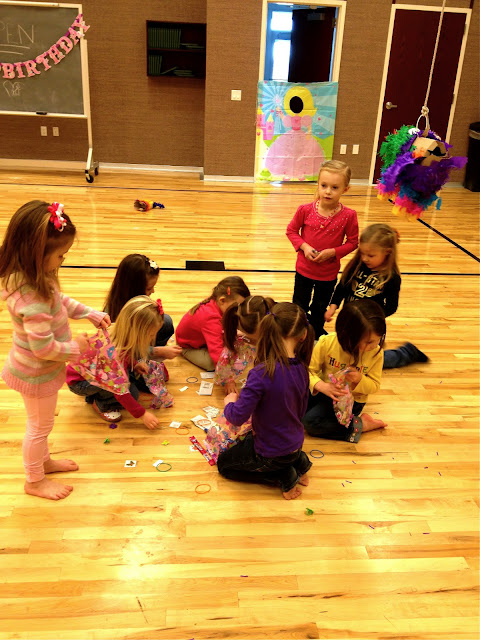 Posted by Chelsi Ritter at 2:26 PM

I'm glad Aspen got well in time for her birthday. I can't believe she's starting school soon! I'm not ready for that yet and am glad I have a couple more years.

Oh, I tried that colander thing with the pipe cleaners for Elijah the other day, and it lasted three seconds. Oh, well...