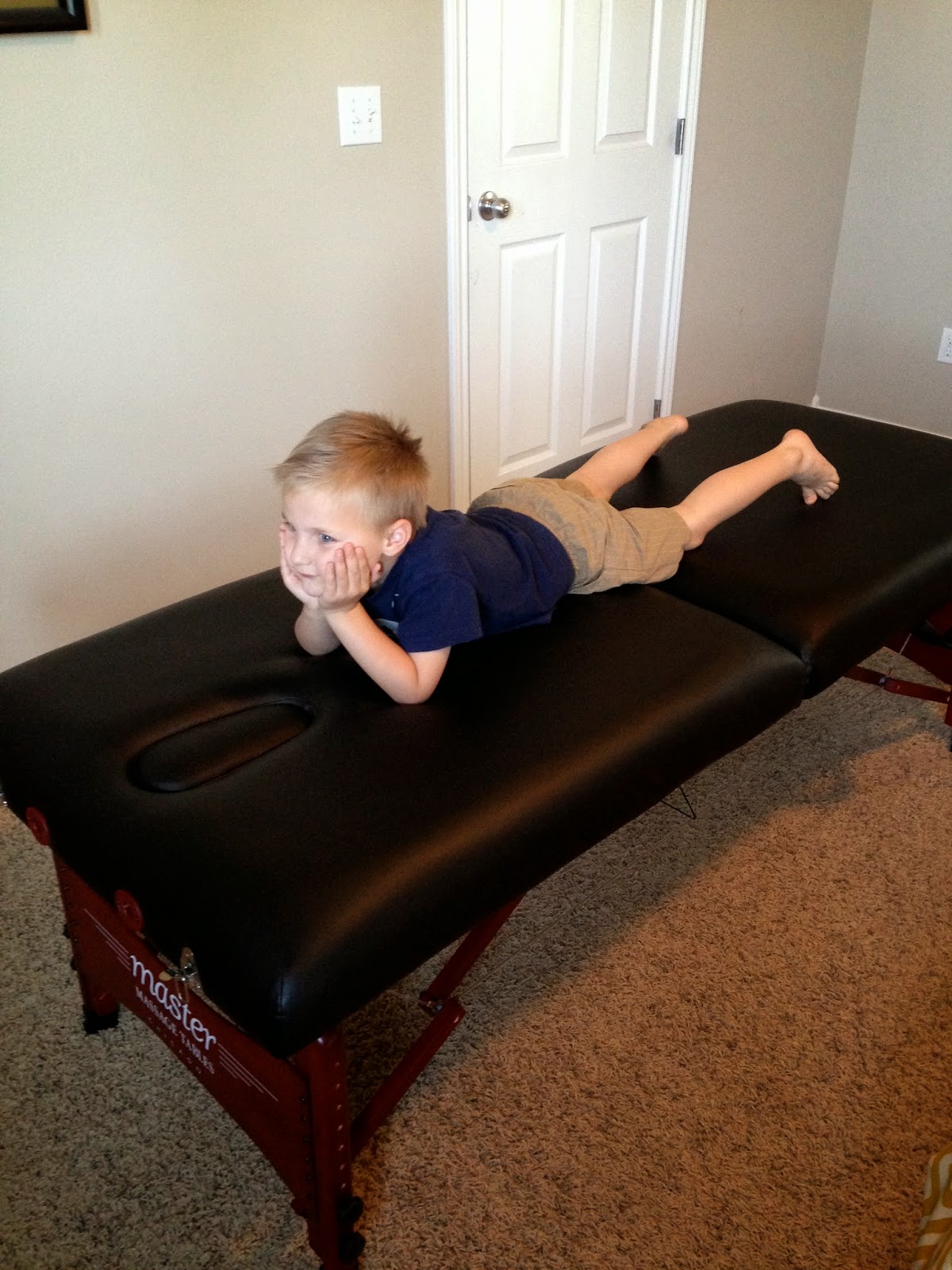 My friend Leslie and I do a massage trade every month.  I also gave one of my other friends a massage last week so my table was out for a few days and Oakley asked me if I could give him a massage too.  He really likes getting them, which I think is really great so we did a little trade. After his massage he asked me to lay down, and then climbed onto the table and proceeded to jump on me with his knees.  Then he grabbed the leg bolster and started hitting me with it.  We were both laughing but I told him that was it; no more massages from him for a while. 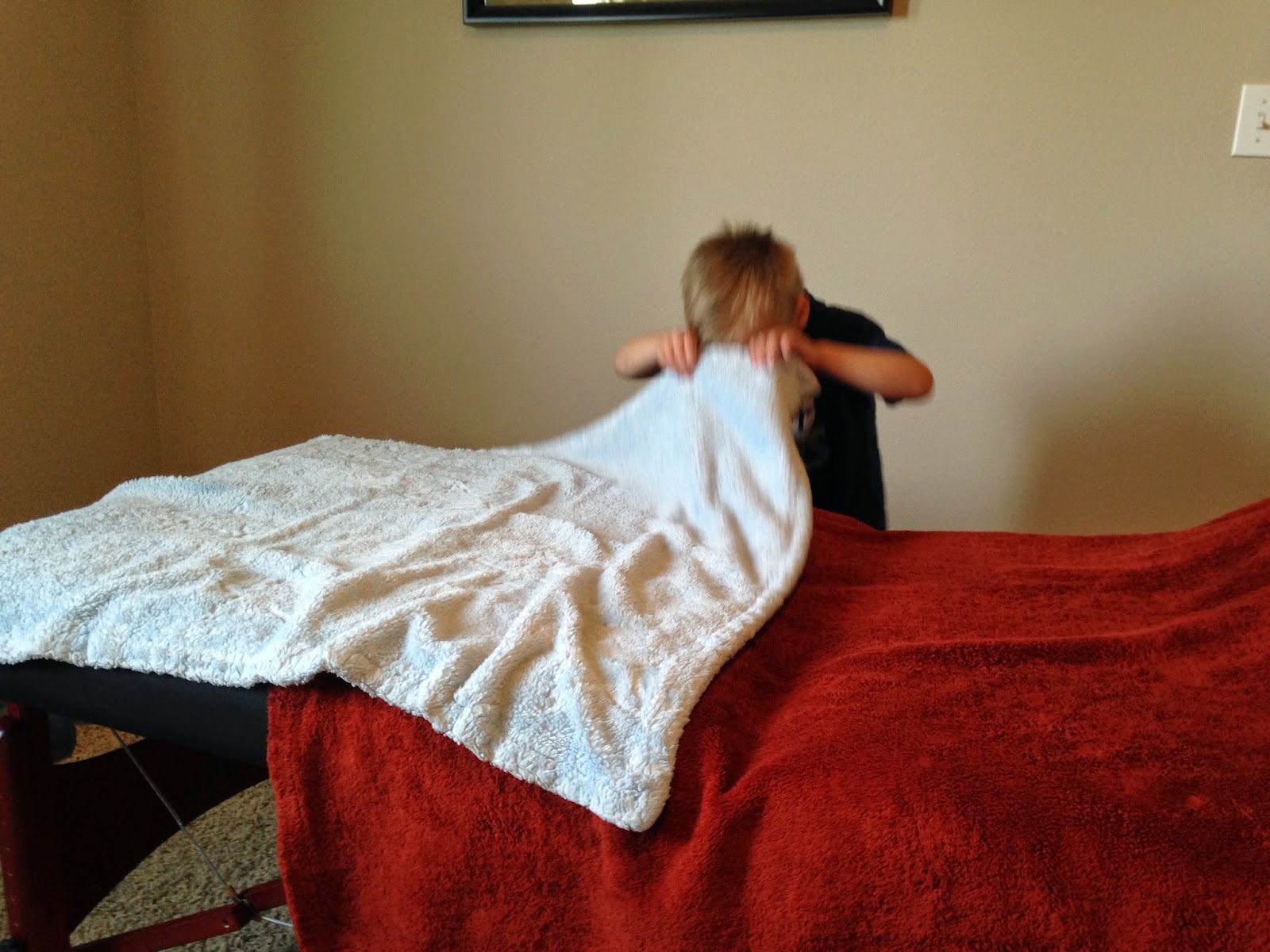 Before I put the table away he made a "truck" out of it and some blankets....... 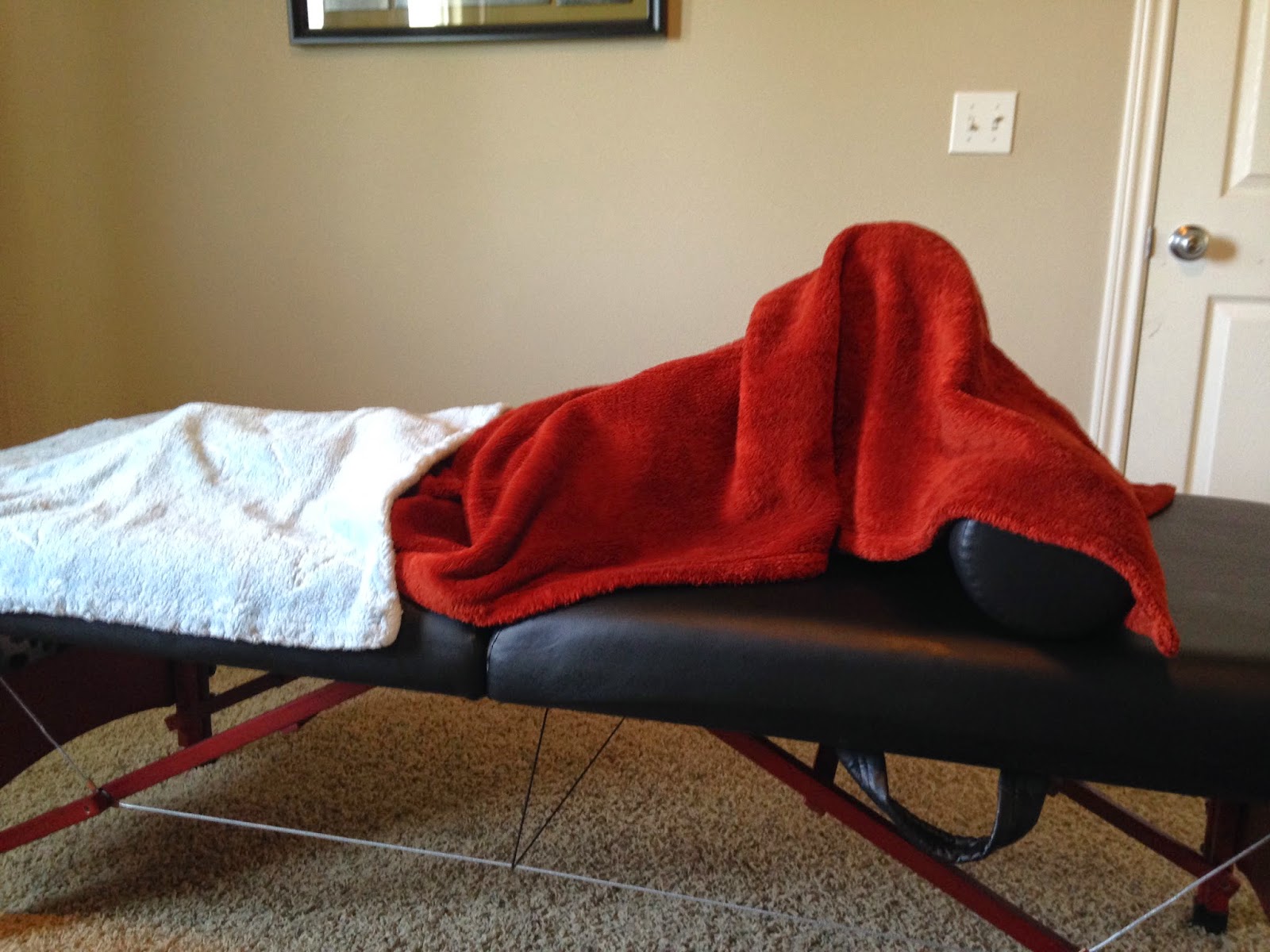 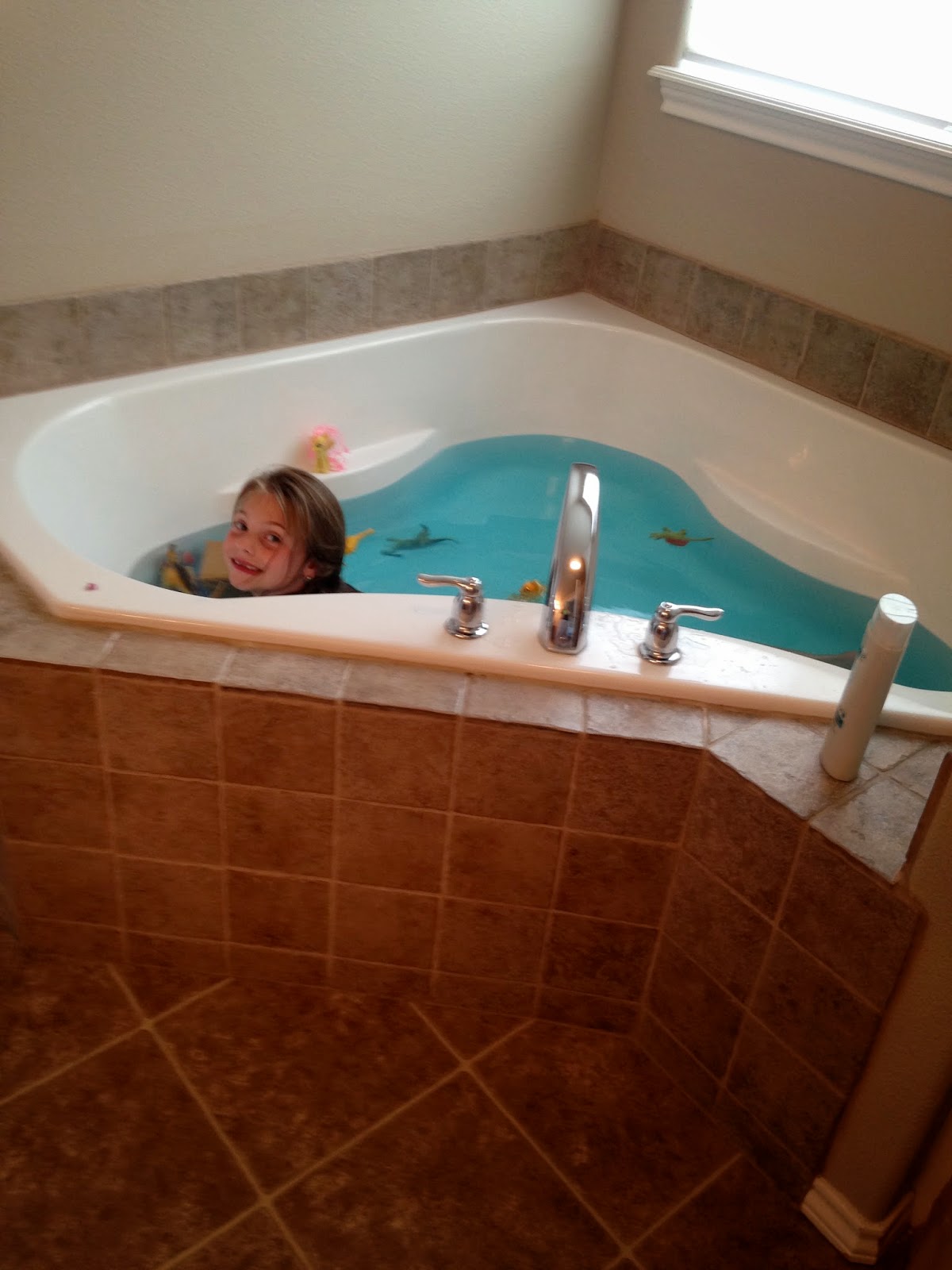 Roo in the tub.  I promised her she was completely covered; she was concerned about it.  I found a fizzy bath ball that made the tub all blue.  I think it may be time to cut her hair again; hard to digest, but it has been a year. 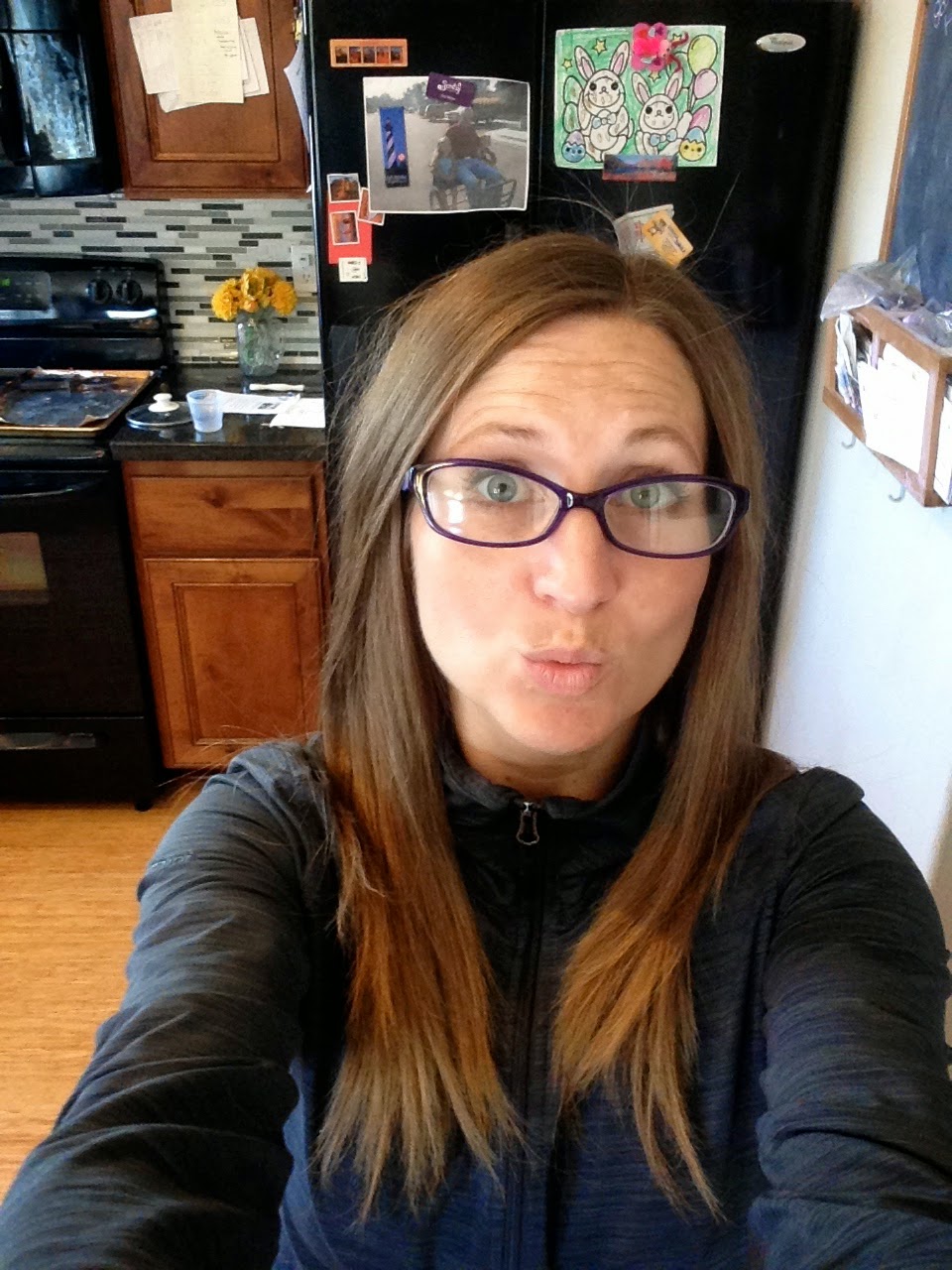 I picked out some new frames a few weeks ago.  When I walked into the store I was shocked at the prices, and almost decided not to get any after all.  Since then I have learned that I am actually just cheap and that the frame prices in the store are pretty average. I didn't have a lot of time to decide which ones to get, so I grabbed a few of the least expensive ones I could find and quickly chose between those.  Then I eyed these blue frames and thought, "why the heck not?"  I had some serious concerns on the way home: blue frames?  Was I going through a mid-life crisis?  Blue frames? Really?  But actually after bringing them home they've grown on me.  And Eric likes them.
I sent this picture to my sisters and they teased me about it; I don't know that I could make this facial expression again if I tried! 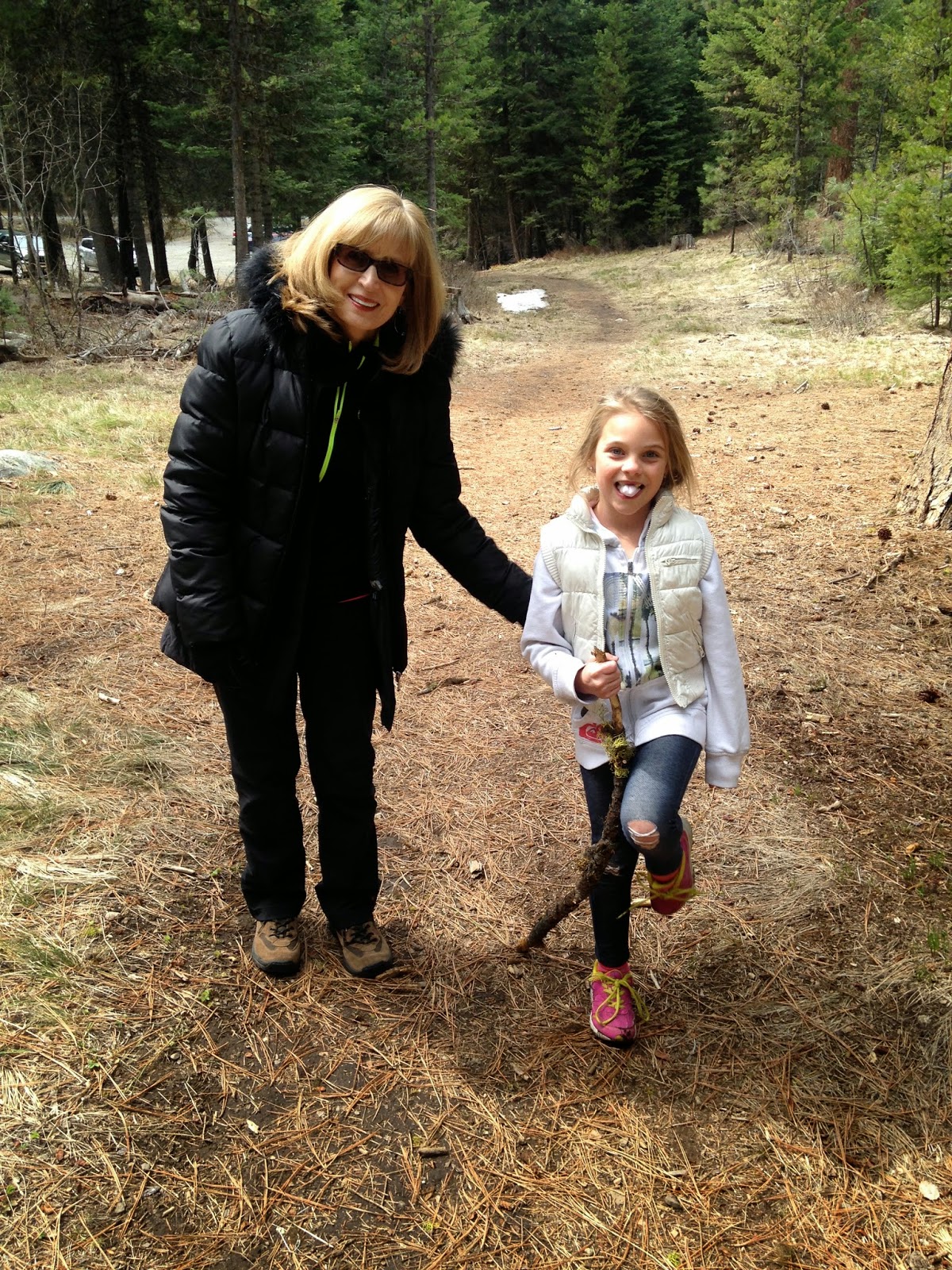 Dad and Lisa came to McCall last weekend to do some work on their property so we spontaneously decided to make the trip for a one night stay.  We found a great deal on a suite in Shore Lodge since it's the off season and it was really worth it.  I hope it becomes a yearly tradition.  We did a little hike; a lot shorter than we had planned since the trail we originally drove to (which was a good hour away) was covered in snow. 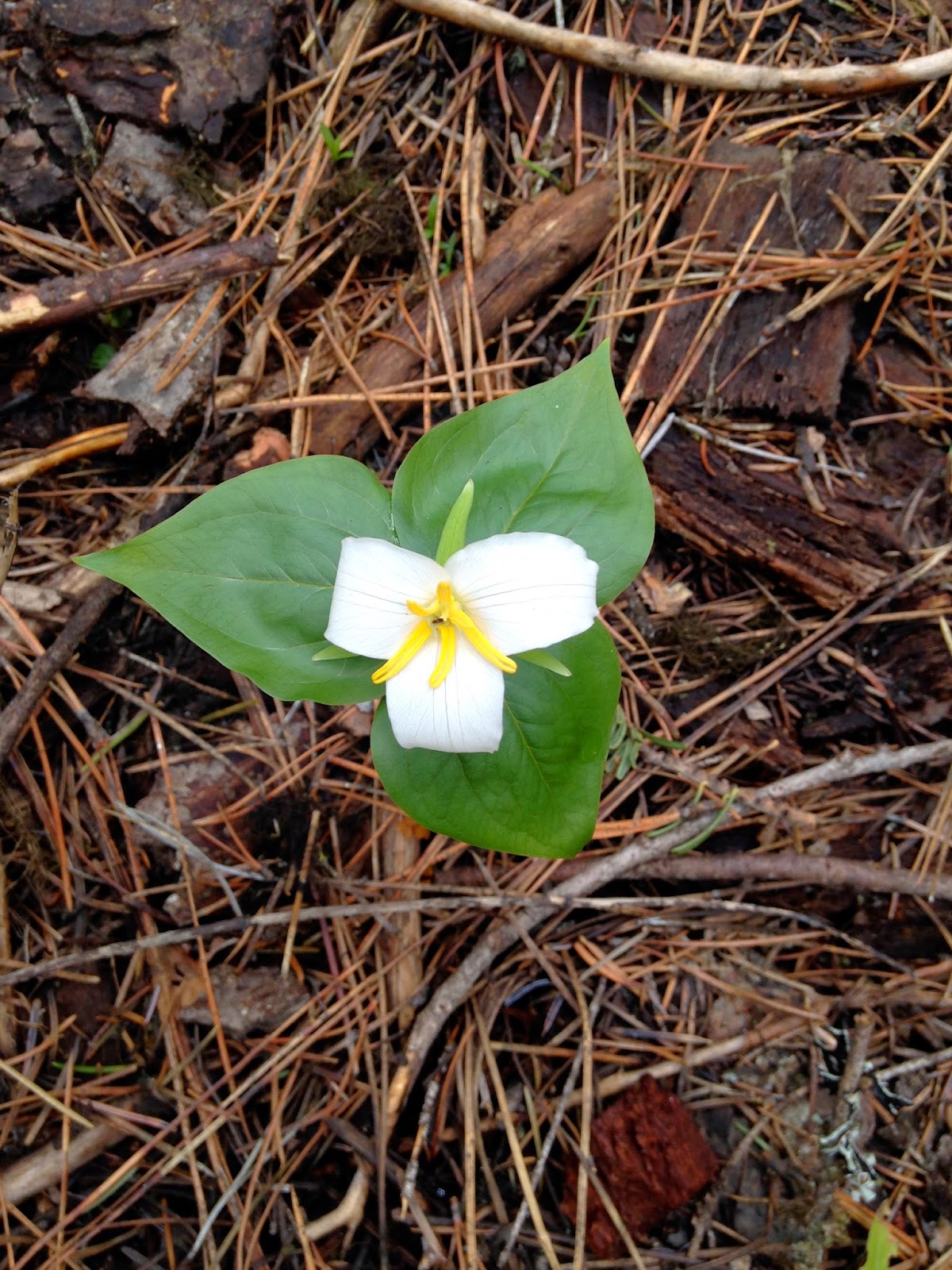 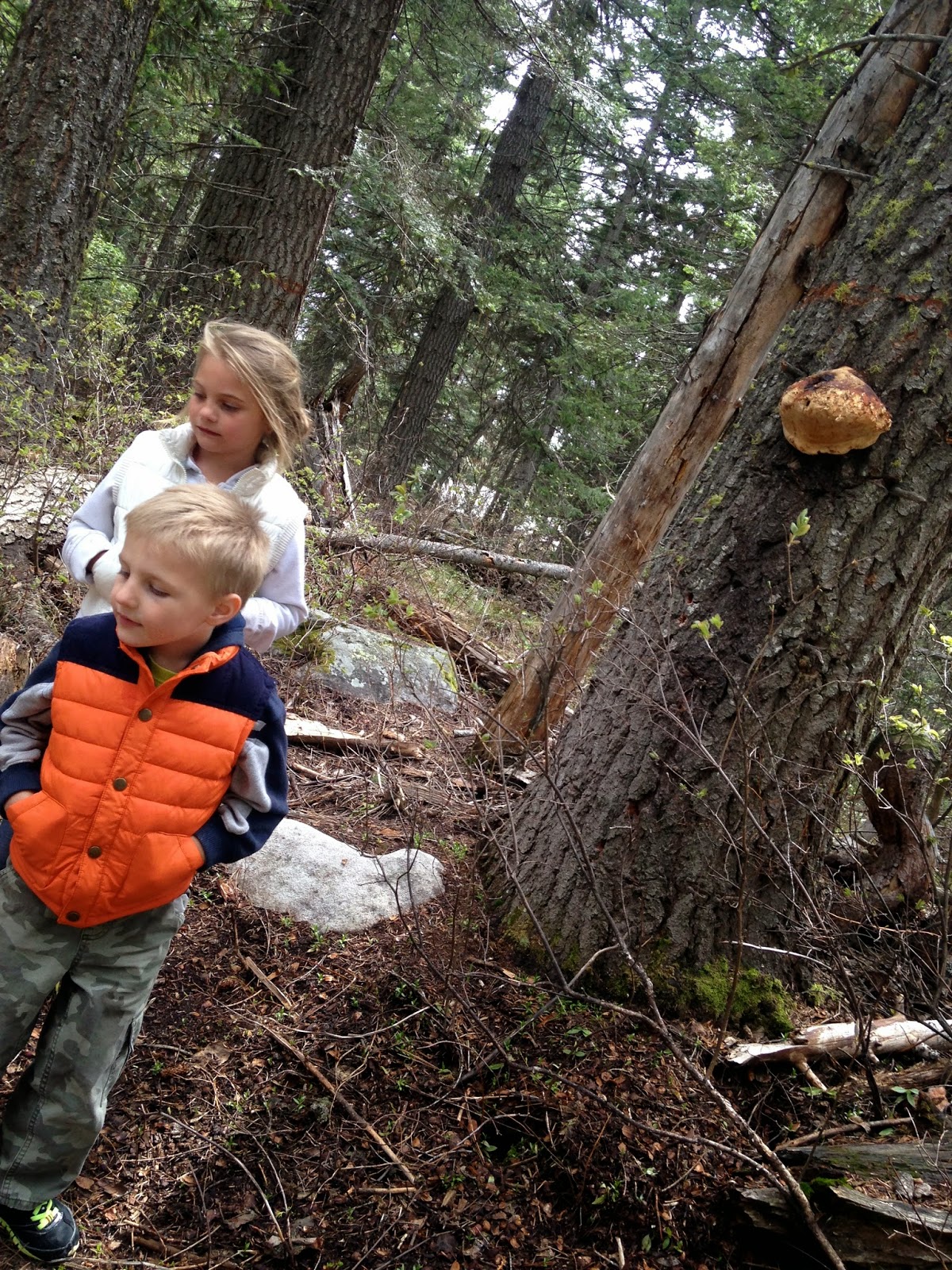 Look at the huge mushroom on that tree! 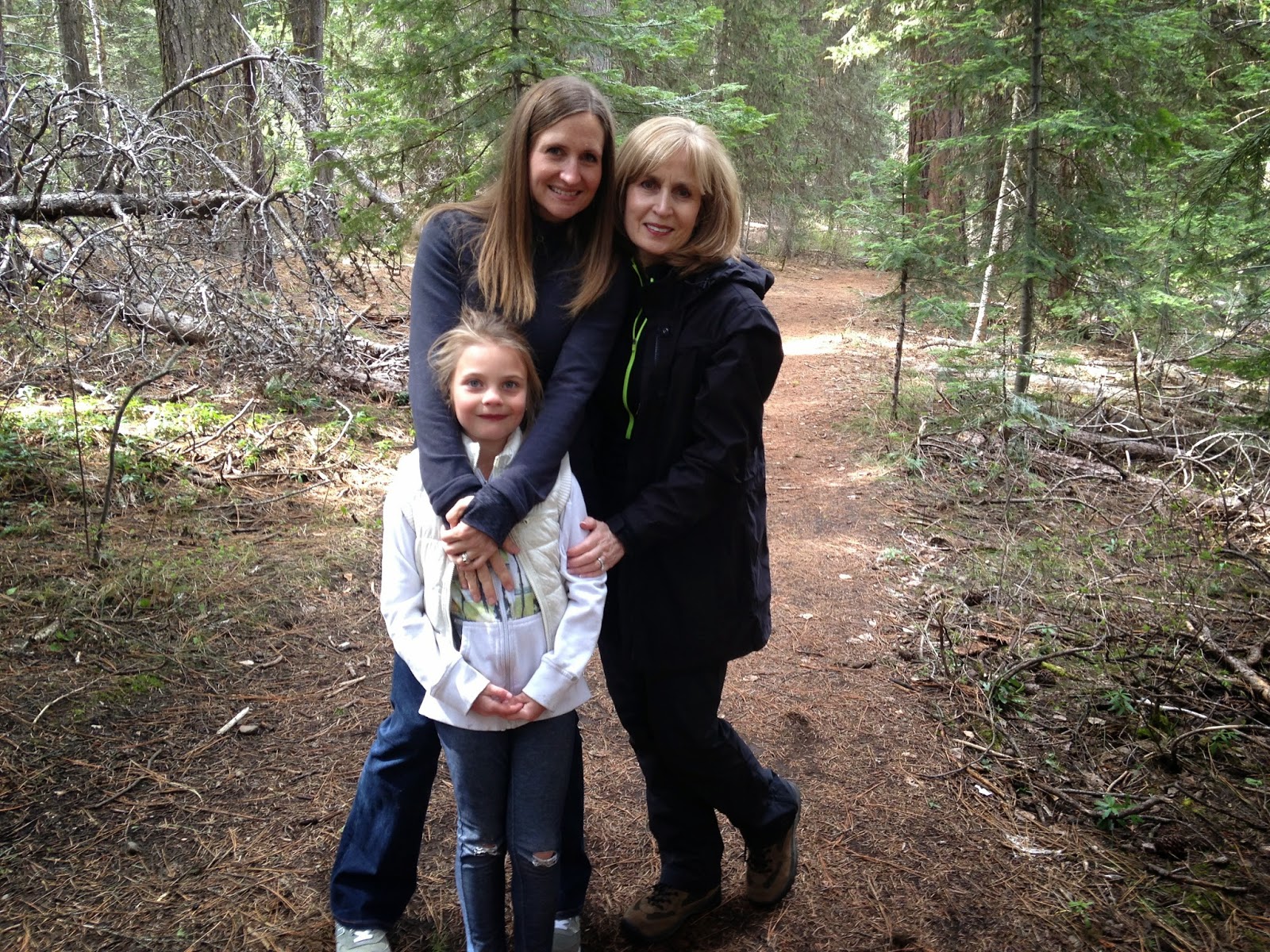 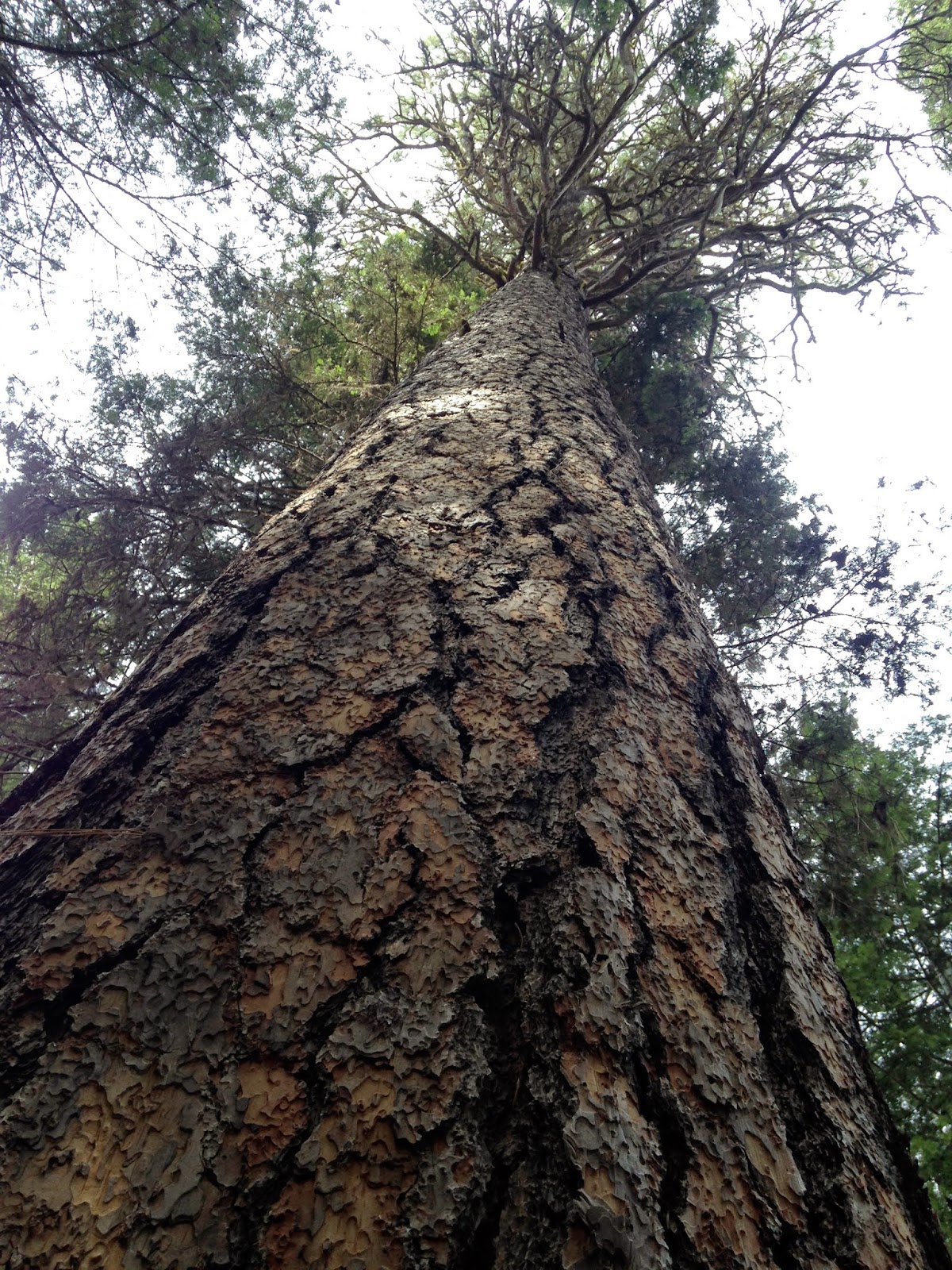 We also watched The Lego Movie that evening, which the kids hadn't seen yet and absolutely loved.  I think I liked it even more the second time. 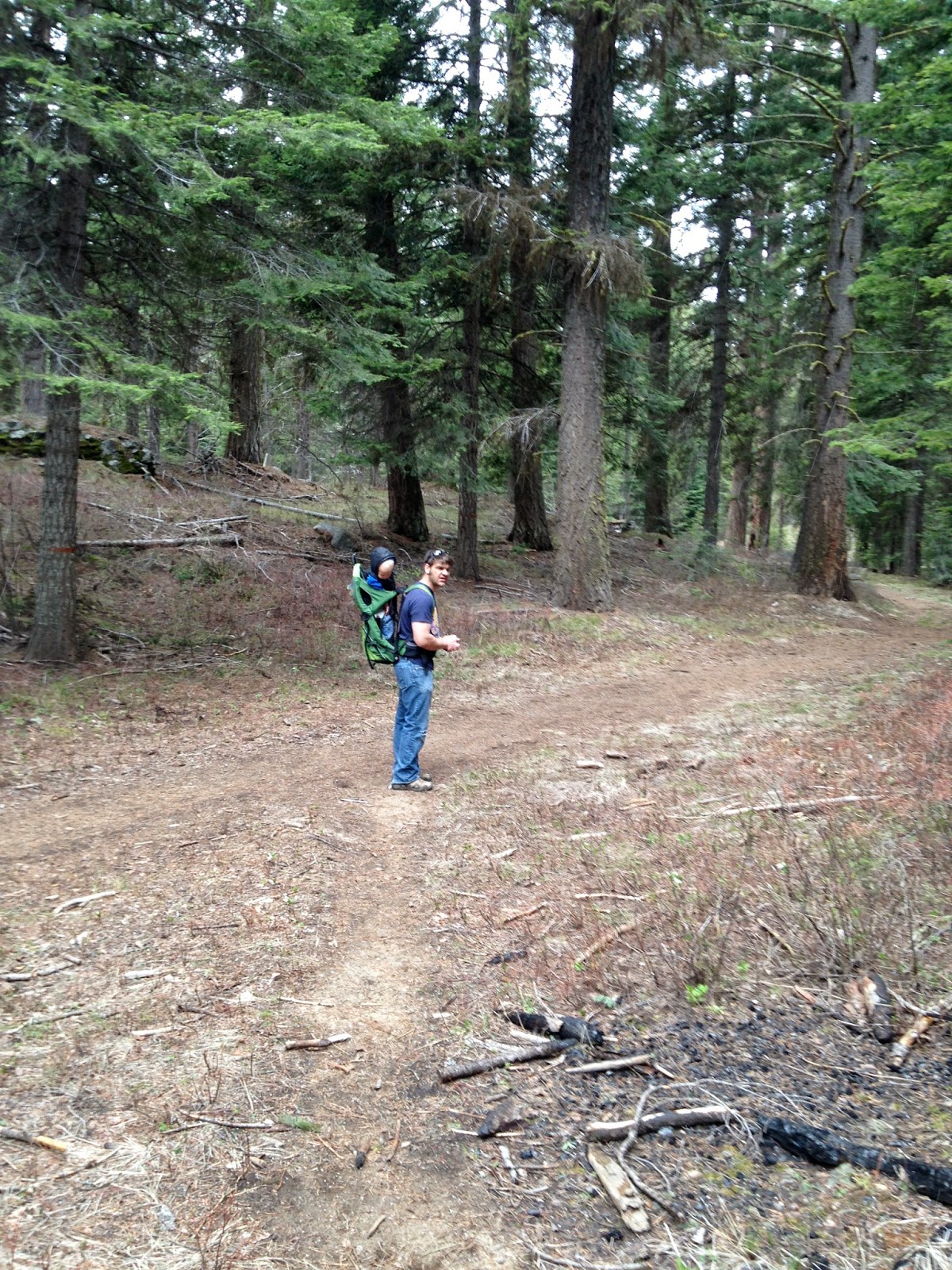 Eric was the only one without a coat on the hike.  I tease him because it will be 35 degrees outside, I will be freezing, and he will comment that it is only "brisk." 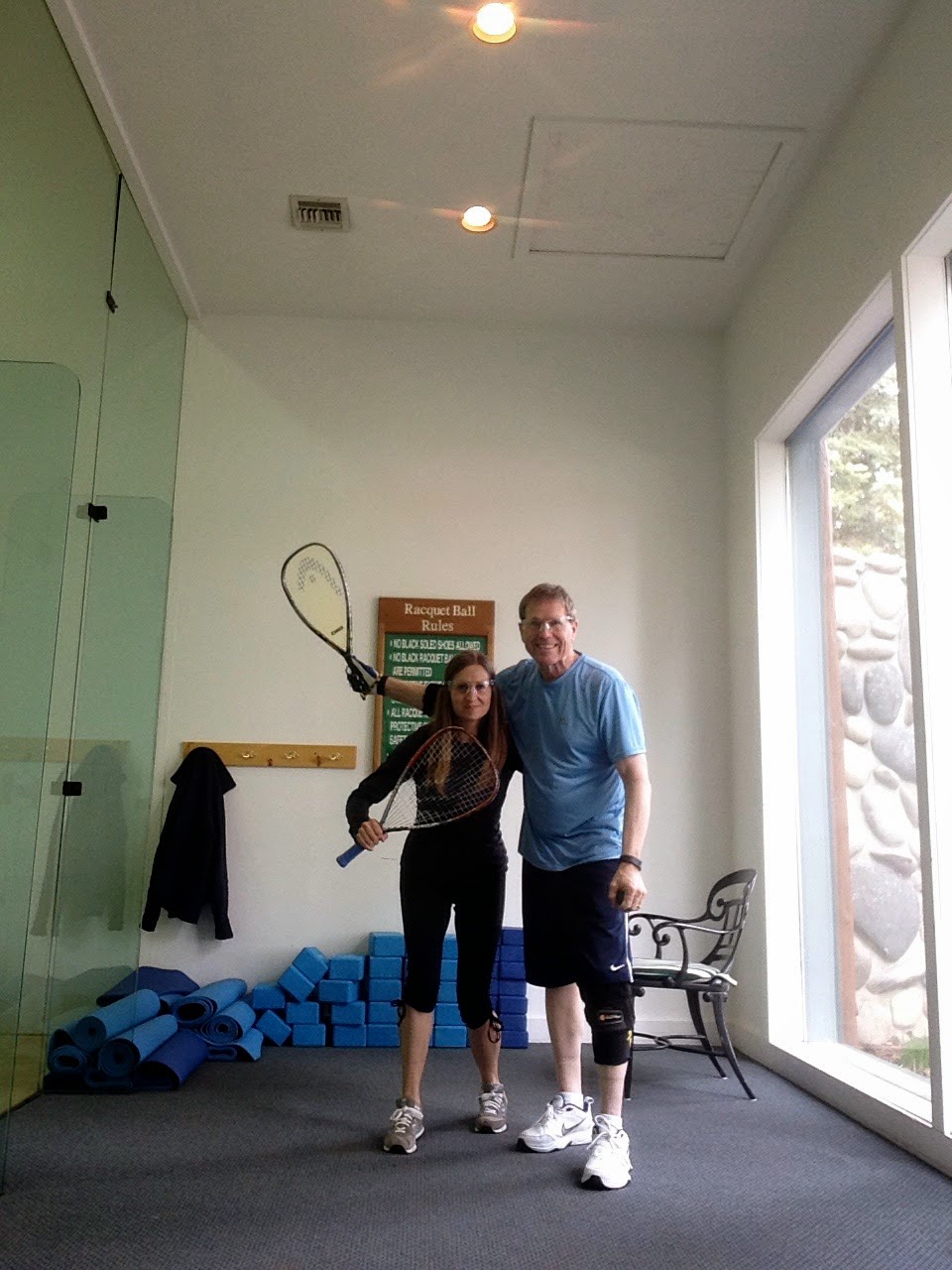 The lodge had a racquetball court, so Dad challenged me to a game.  We used to play a lot when I was in high school, but it's been a good 5 years since then (!) so I was quite rusty.  Dad royally kicked my trash; so much so that I finally asked him if we could just play without rules and simply hit the ball.  He said yes and things finally started rolling.  I joked with him that we should go on a run together afterward so the tables would be turned, haha. 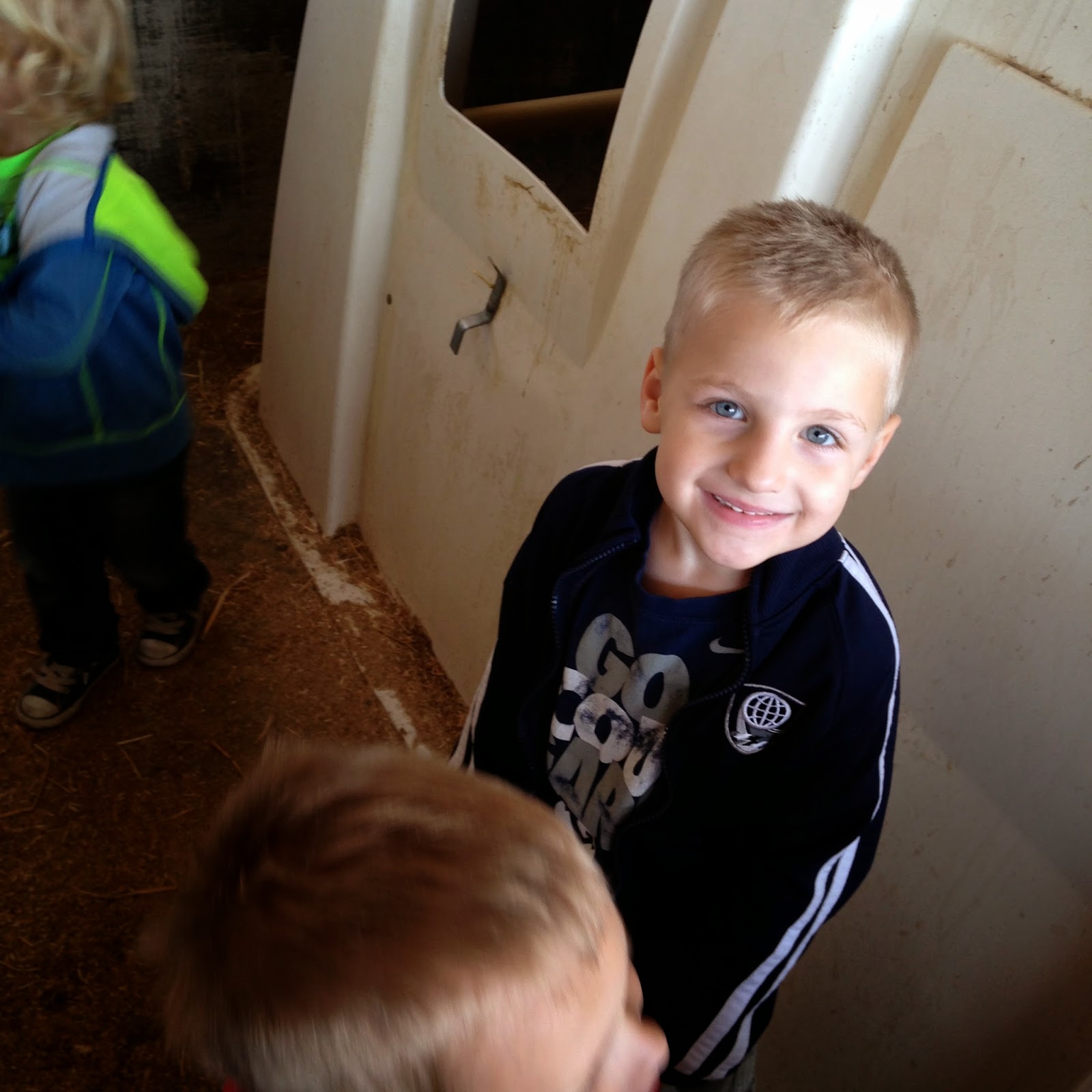 Oakley's preschool class visited a nearby dairy farm yesterday and it was a whole lot of stenchy fun. I'm so impressed people can actually work on a dairy farm and keep it all together!  My hair smelled all day afterward. 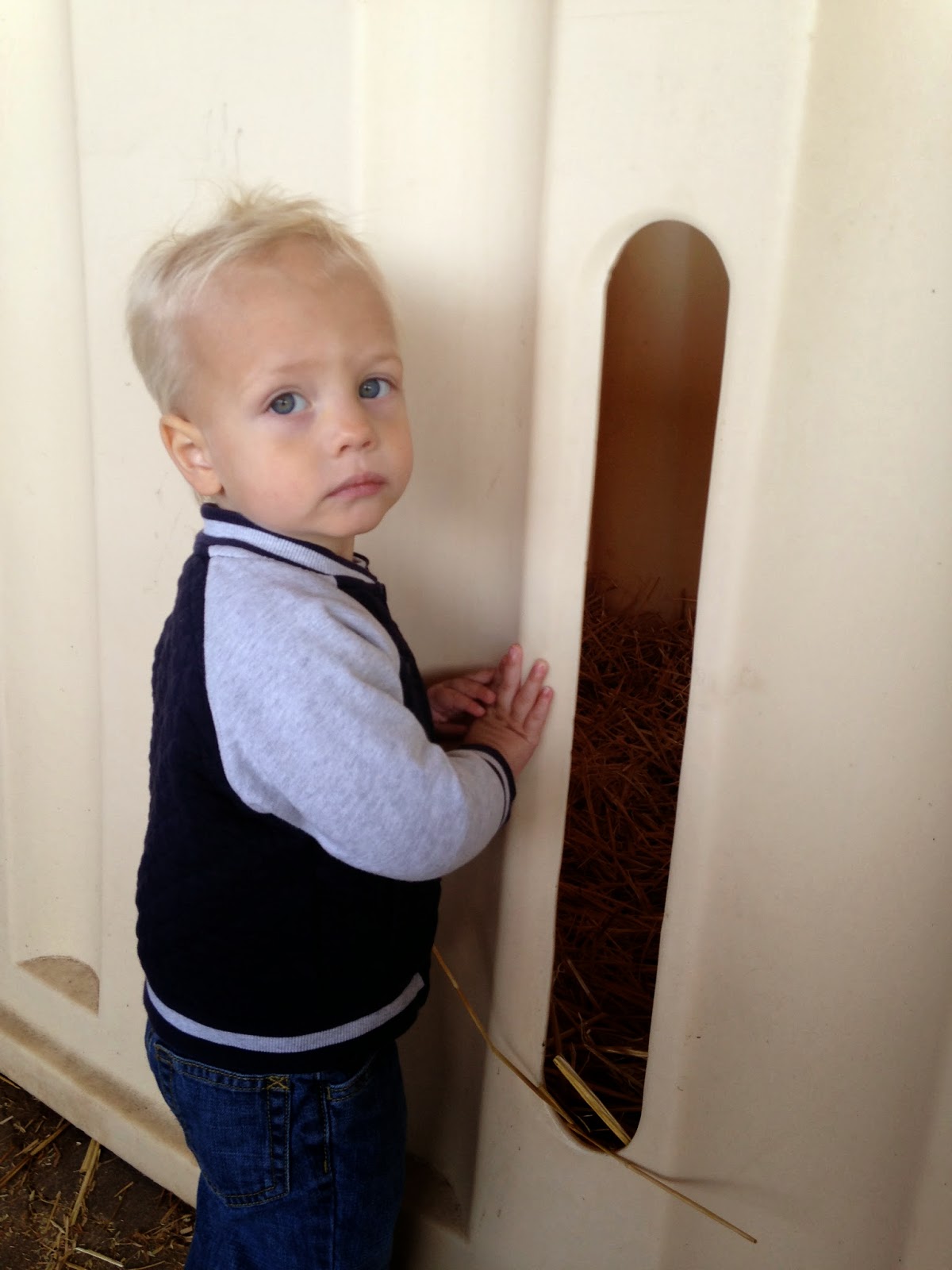 B hasn't been feeling too well the last couple days.  Poor sweet boy. 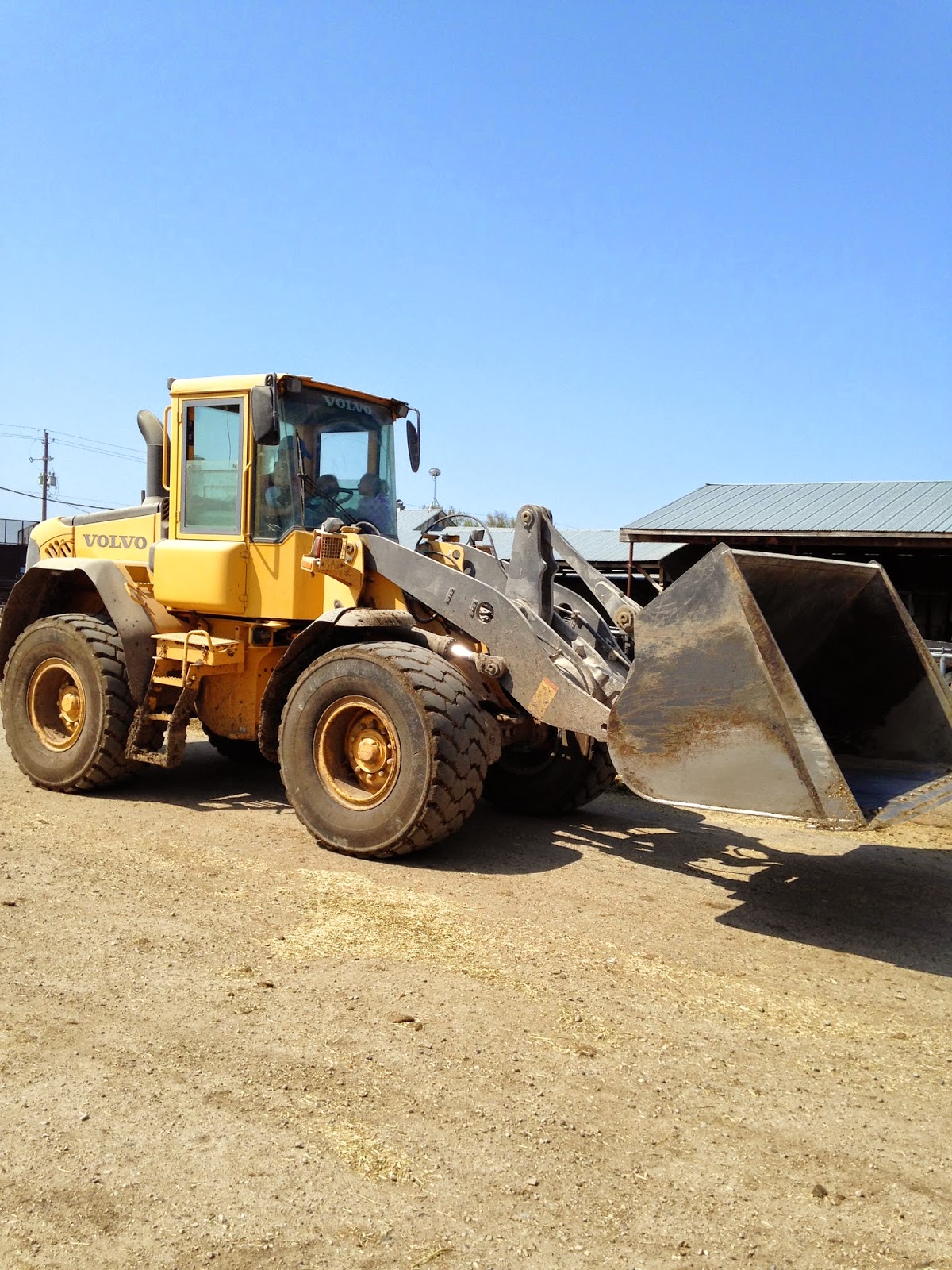 Its hard to see but Birch is helping to drive the tractor.  He is obsessed with trucks and tractors. That's all he can say when we're taking Aspen to school is, "truck!  Trucks!  Oh, tractors!  Big truck!" Etc.... 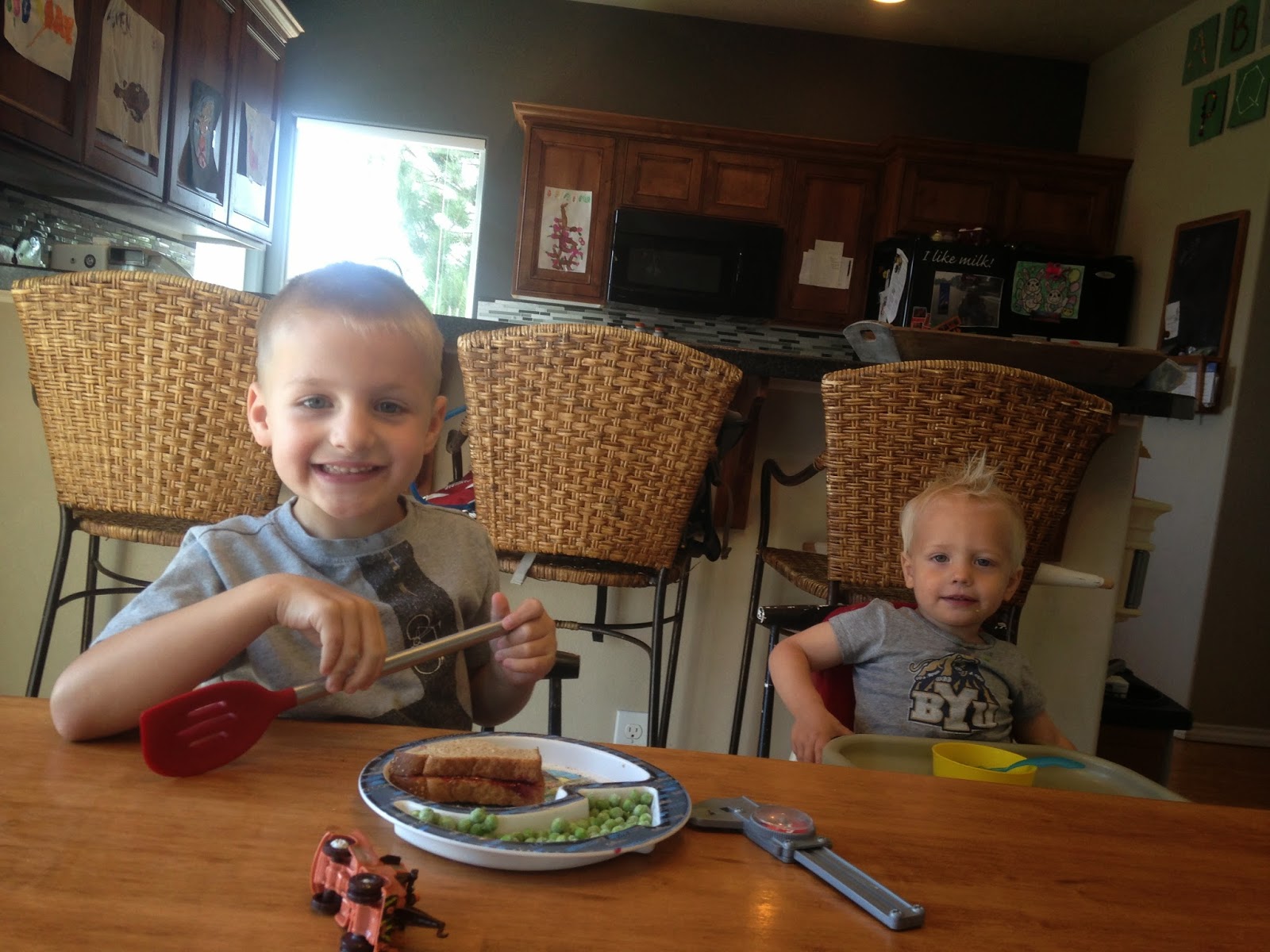 Enjoying some lunch.
Posted by Chelsi Ritter at 2:07 PM

Hahaha! Oakley's massage...I laughed out loud! How fun. I still love your glasses, by the way.