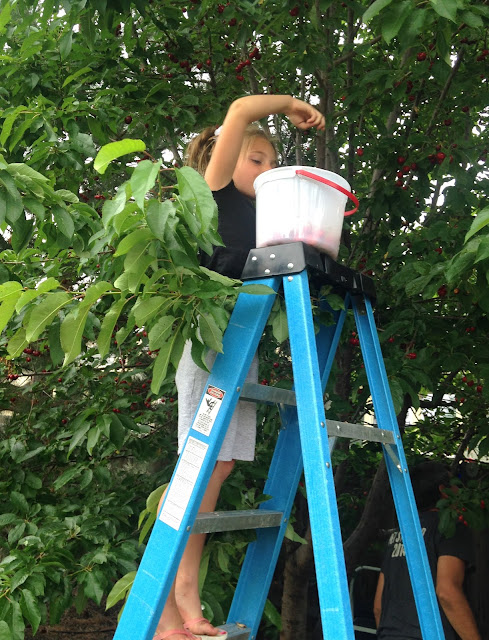 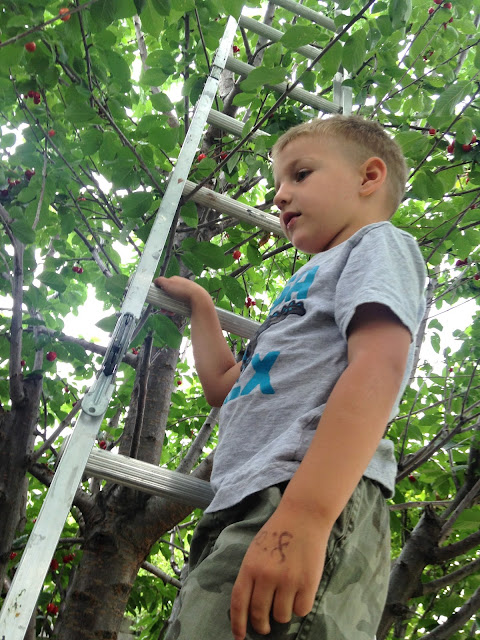 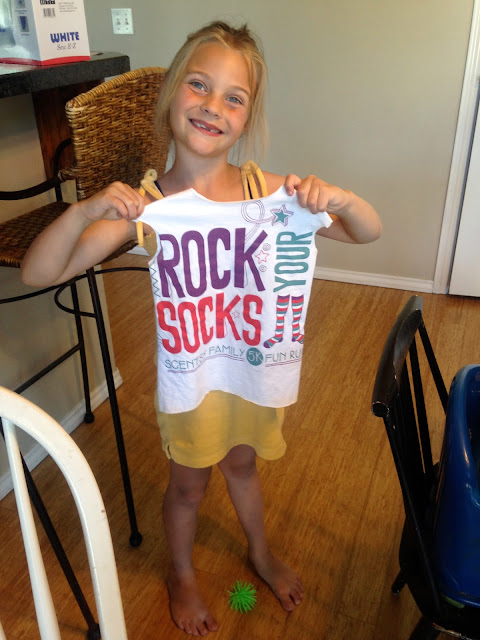 Aspen loves to sew, and though I'm not the most expert teacher, we were able to refashion an old shirt into a little tank for Birch. 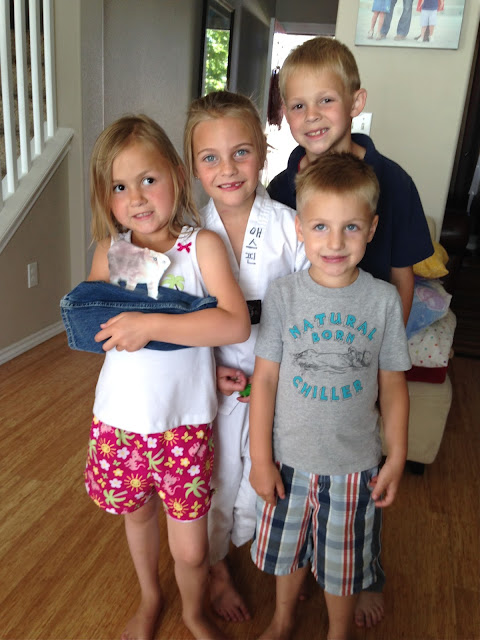 Ian, Kaylene and the kids came through Boise a few weeks ago and it was so great. Aspen and Oakley were tickled to see their cousins. And they get along now! Which is nice :) 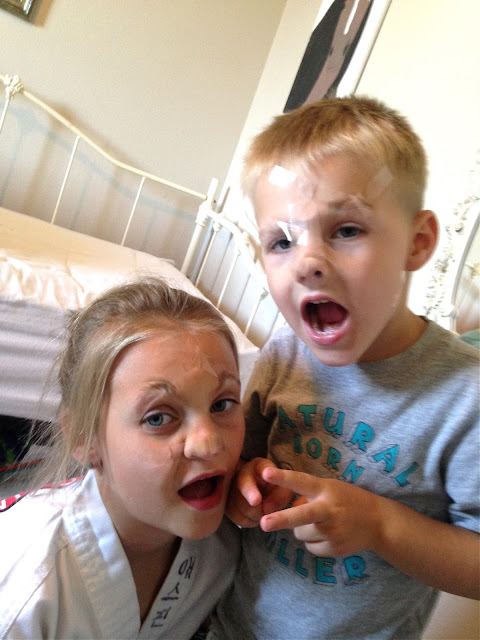 Making silly tape faces. I joined in the fun too but unfortunately misplaced the photo..... 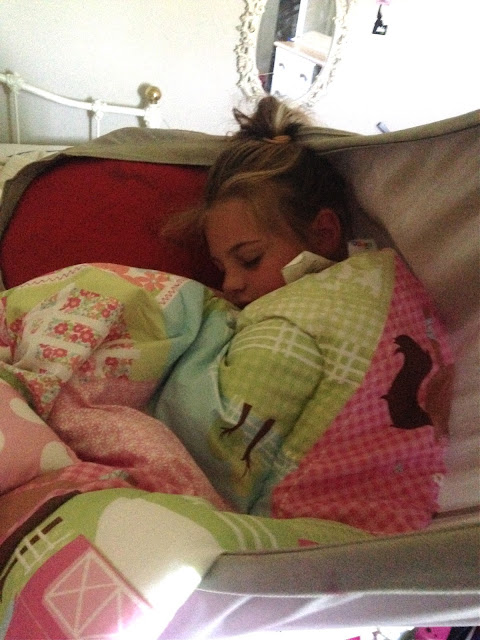 Roo sleeping in her swing, which is lifted up and sitting on her bed. Amazing!! 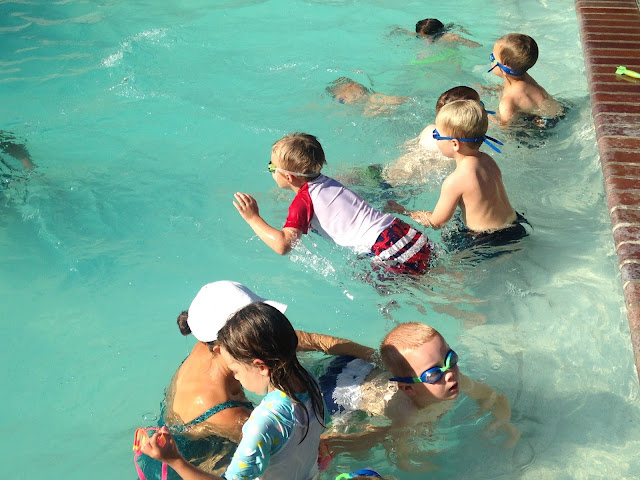 The kids at swim lessons. O is wearing red shorts. 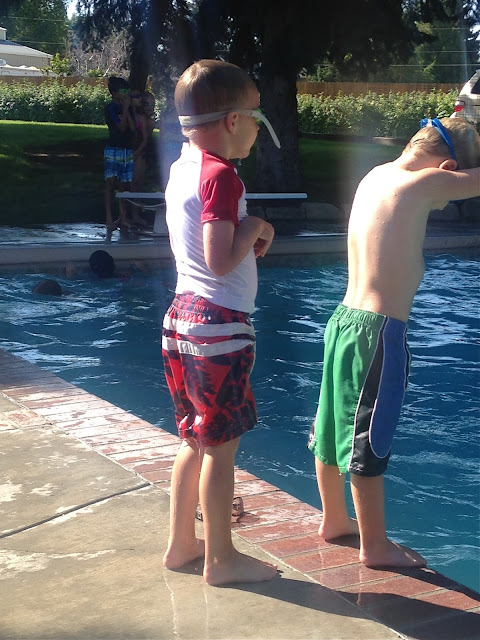 EVERY time O got out of the water he stood like this. Eric said he was probably practicing his T-Rex pose. It was so funny. He was shivering like crazy too, the poor kid. I wanted to wrap him in his towel so badly. 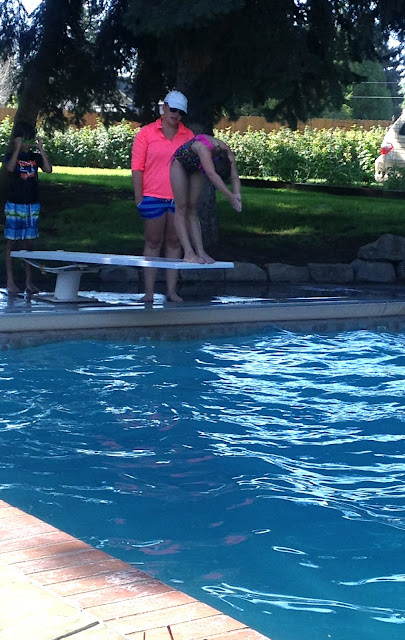 Roo diving. The kids really progressed a lot this year. Roo can swim back and forth across the pool like a fish and Oakley jumped in and swam every time even when he was scared to. 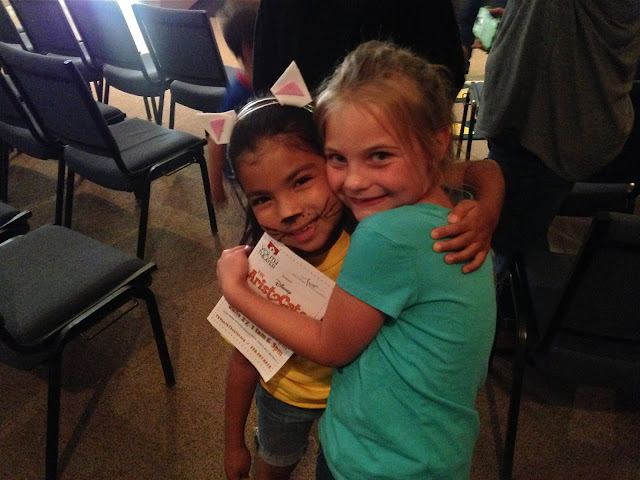 Roo and I went and watched her friend Anna in the play Peter Pan. Aspen really loves watching plays, and we are considering her joining one sometime in the future. I know she would love it. 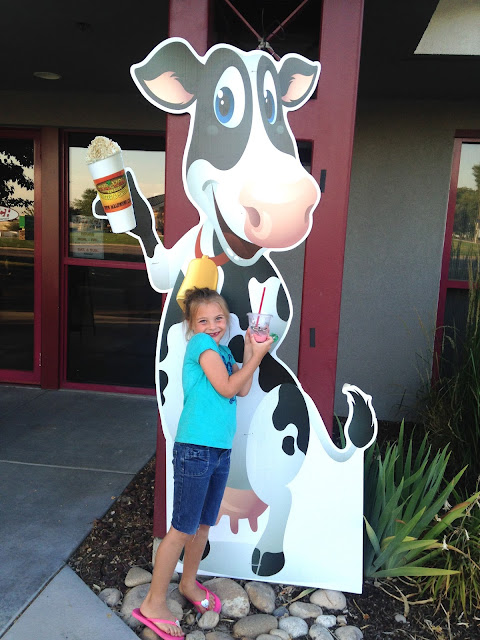 Aspen and I out for smoothies after the play. 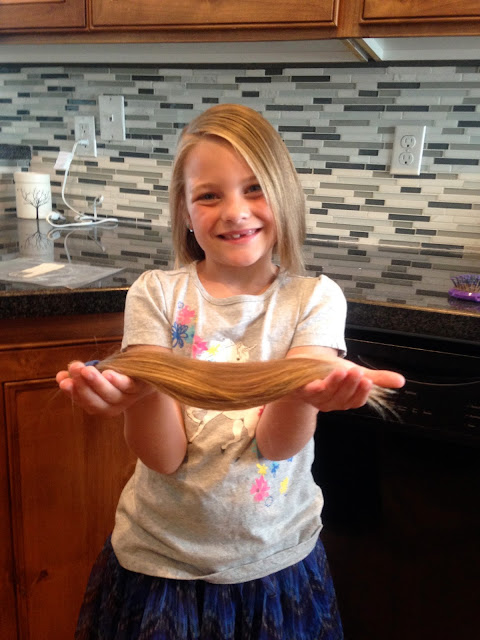 Roo decided to cut her hair all off and donate it to Locks of Love. I think she looks adorable with her hair so short, and we don't argue anymore about brushing her hair! It was pretty cute too because when we came home from getting it chopped she stood in front of the mirror for 2 days and just played with her new cut. 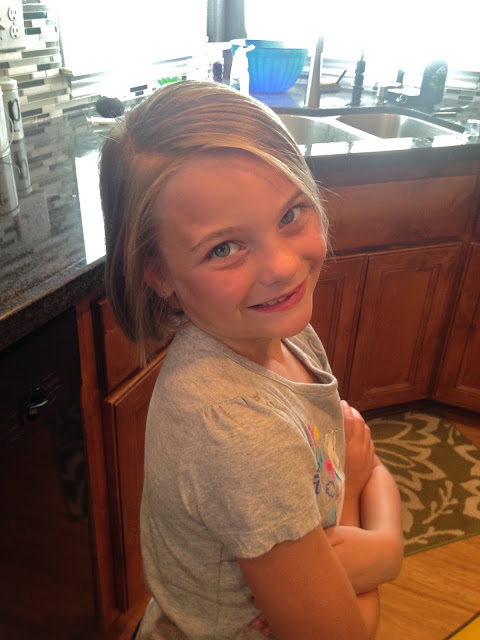 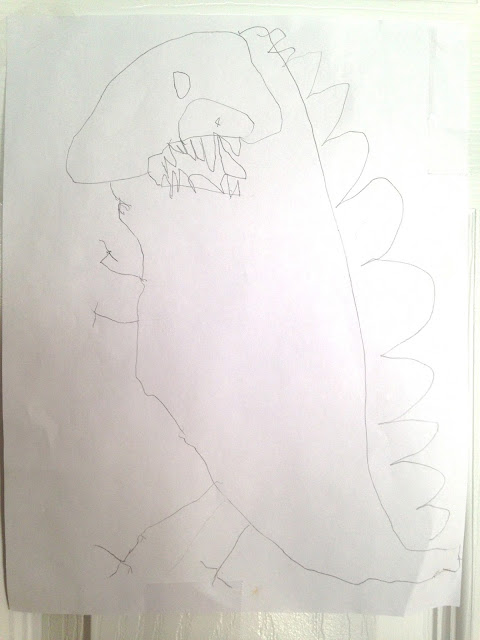 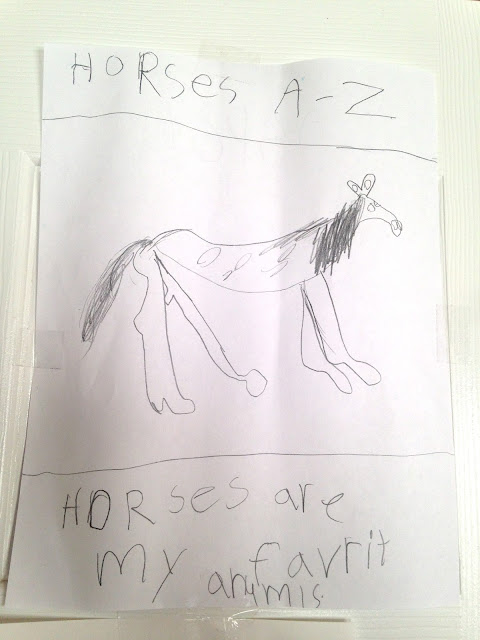 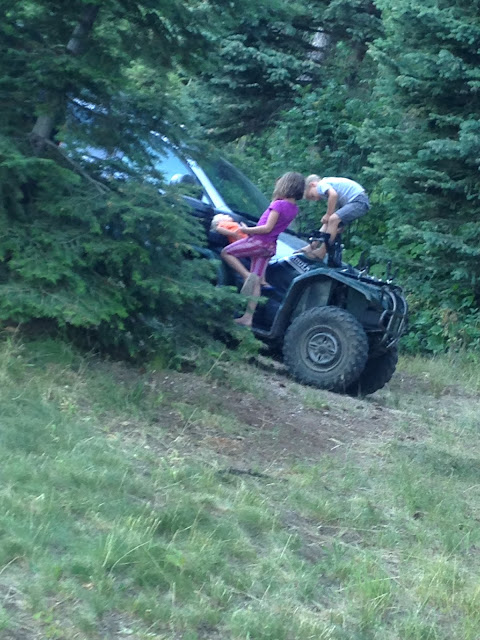 At the cabin over the 4th. 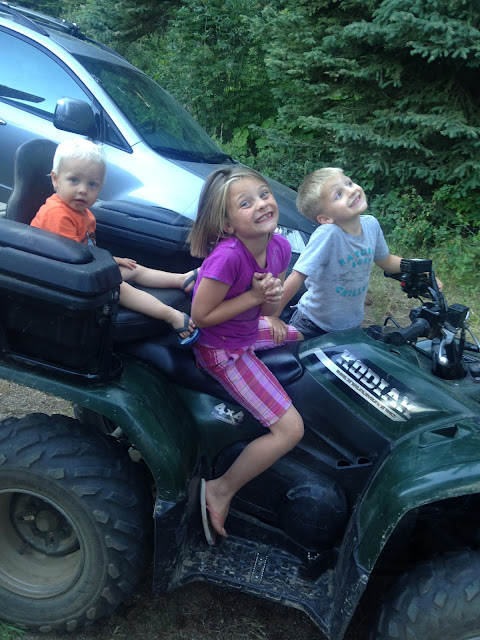 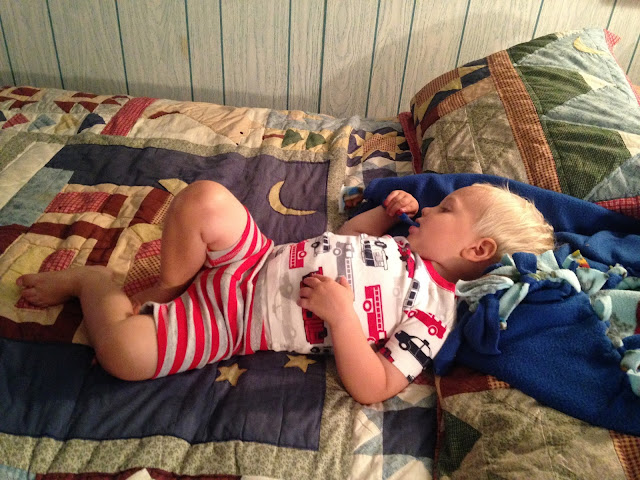 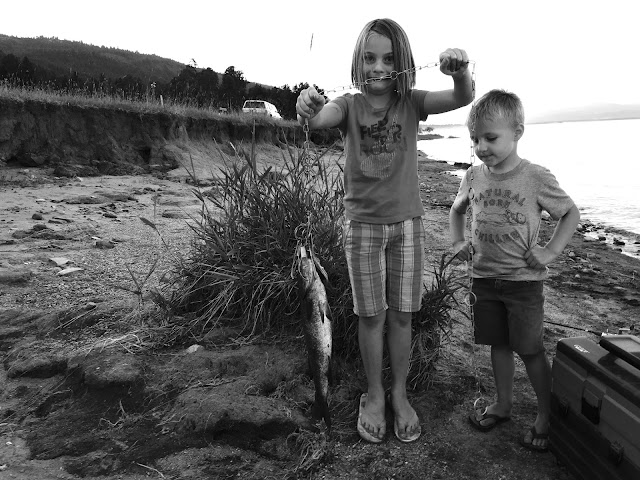 Roo caught her first fish and it was huuuge. She was so excited to eat it the next morning for breakfast but turns out she's not such a fan. 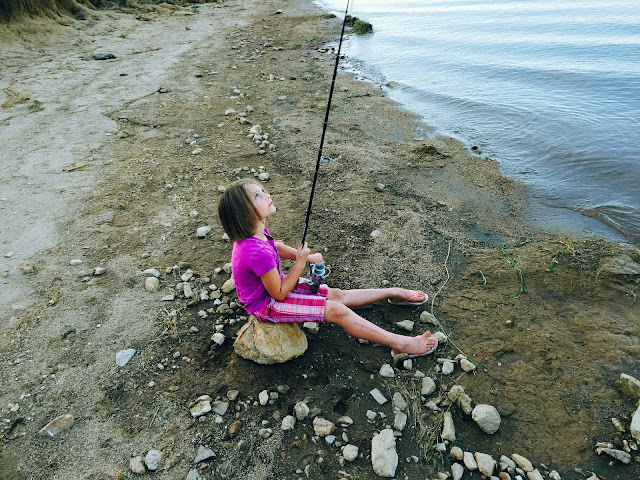 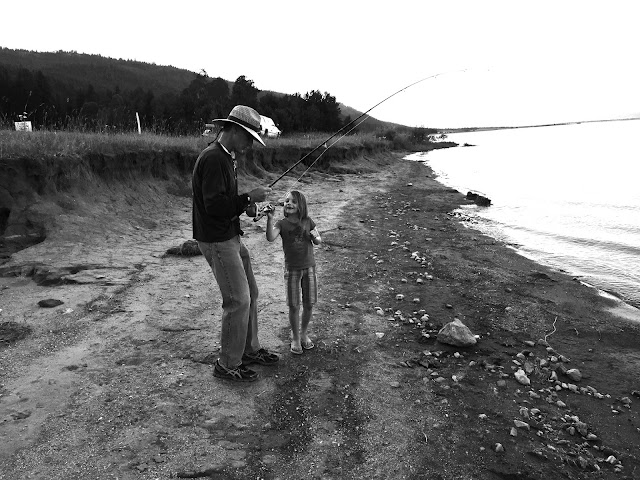 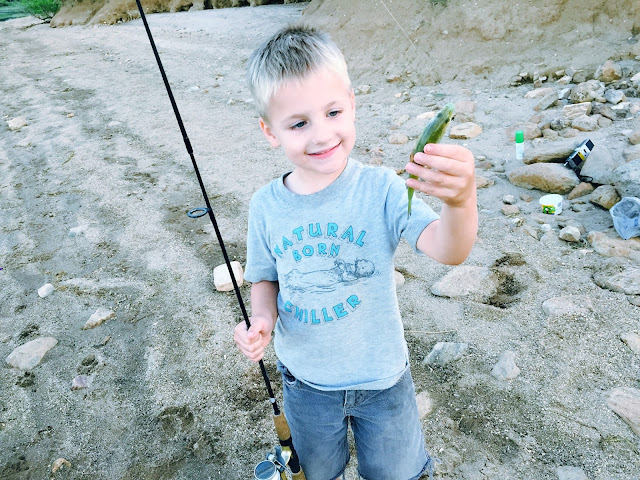 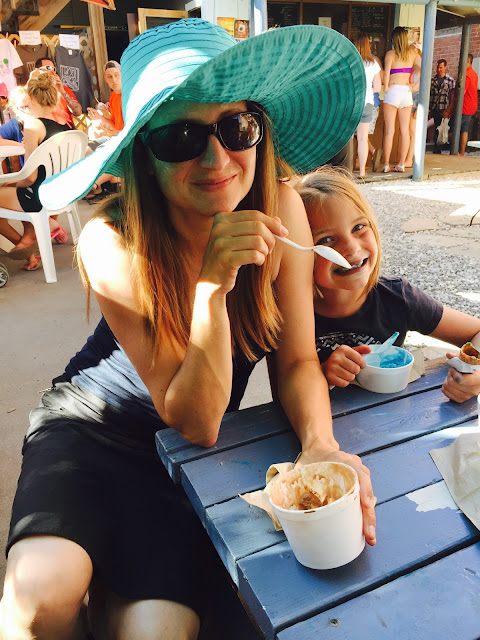 Eating some Ice Cream Alley after a day at the lake. 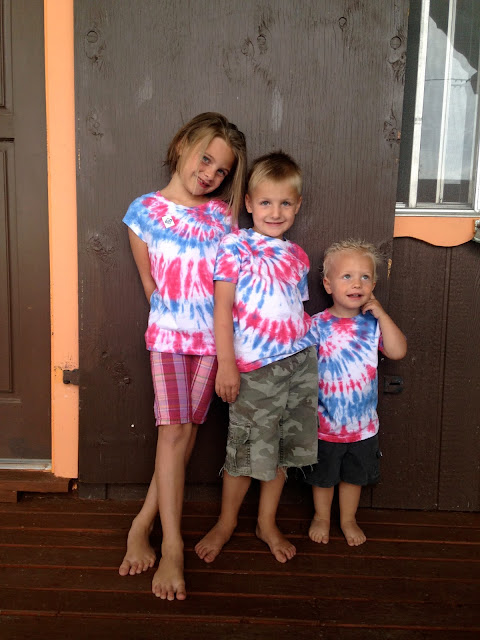 The kids in their tie dyes that Grammy made. 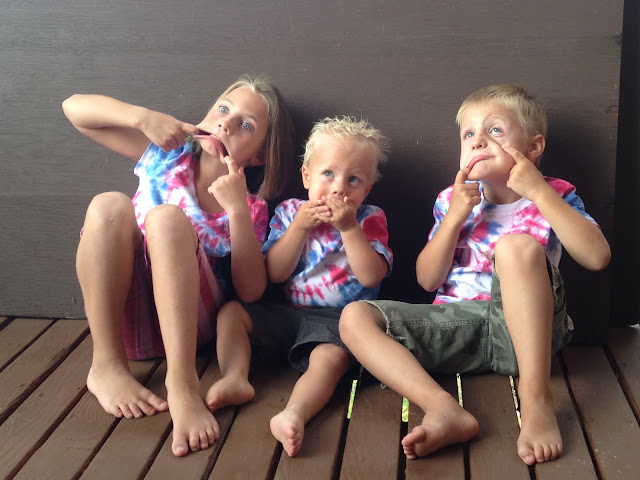 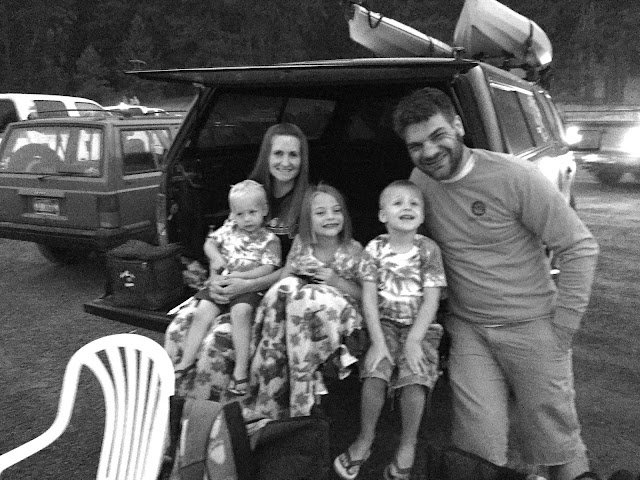 Waiting FOREVER for the fireworks to start but still lots of fun. Having kids puts a different spin on staying up until 10:30 to catch the fireworks on the 4th of July! 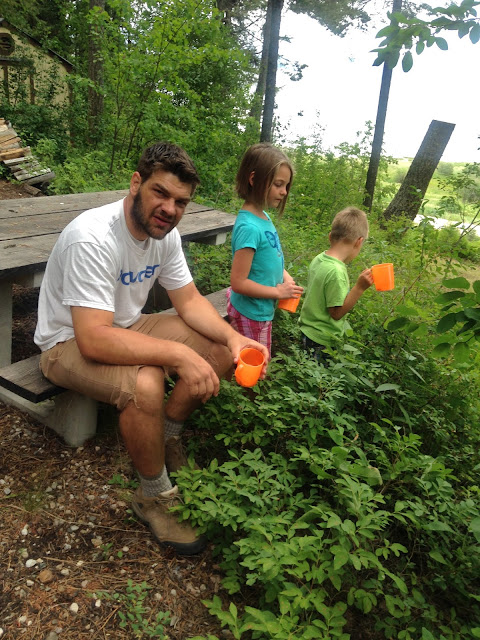 Braving the mosquitos to pick huckleberries. They were abundant and I wish we could have picked more. 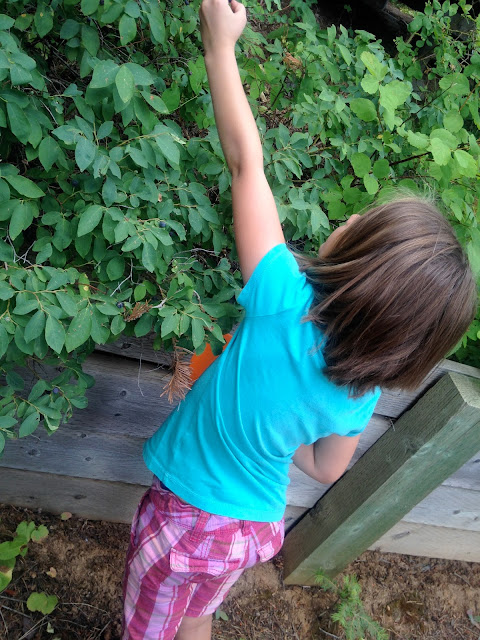 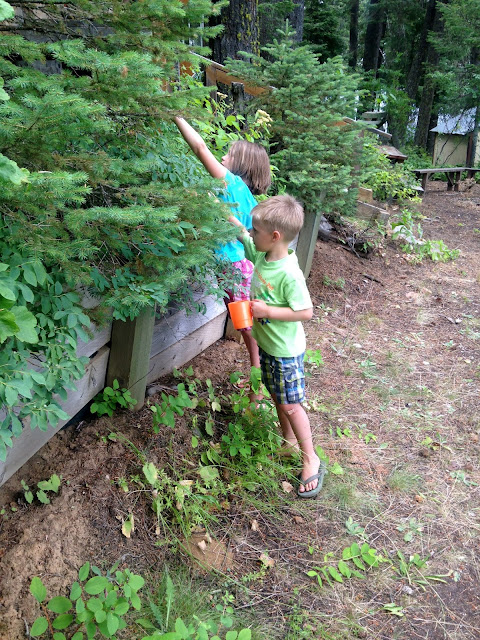 Posted by Chelsi Ritter at 2:43 PM